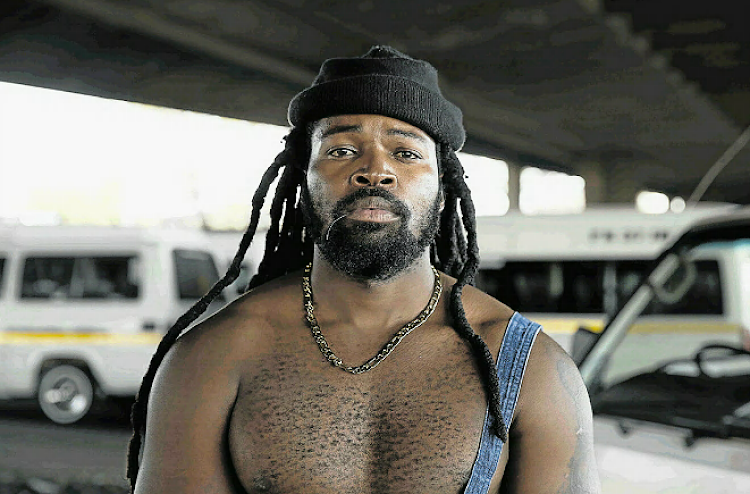 The KwaZulu-Natal rapper, whose real name is Siyabonga Nene, said his music was inspired by his rural upbringing and the taxi industry.

Since then it has been a juggling act between a music and an acting career.

“When the single came out I had just landed a role on Isibaya and there was the SABC1 show One Mic which I was a judge on. My music had to take a back seat a bit while I focused on those projects,” he said, adding that he had used his time away from Isibaya to finish recording his album.

Nene received his big break three years ago after catching the ear of Ntokozo Sithole, the personal trainer to Universal Music affiliate Demor Sikhosana, while performing at an event.

Sithole went on to play Nene’s music to Sikhosana, who offered him a recording deal.

His love for music dates back to a decade ago, when he was making music as an underground artist.

Speaking yesterday while on his promotional tour, Nene said Inkabi was a slang term used in the taxi industry to describe a lethal hitman.

Unlike other rappers who talk about money, girls and drugs in their music, Nene said he aimed to use words in his music that gave hope and motivation to people who had come from rural and township backgrounds.

“Ushun Wenkabi is a different album; it’s not your typical hip hop album.

“It has that maskandi and old school rap feel.

“Growing up I listened to a lot of maskandi and that has influenced my sound.

“Even the concept on the album is different from what people are used to.

“This is music that people can relate to because it affects our lives,” he said, adding that the album had a mixture of songs that spoke about love, poverty and encouragement.

On the album, coming out next week, Nene has worked with rappers Kwesta, Zakwe and Maraza.

“There is a nice balance between my love for maskandi and hip hop,” he said.

Since the release of his debut single, Donsa Nkabi, Nene said the whole country had embraced his sound and many people had been asking for an album.

“The song really opened doors for me. The Eastern Cape also showed massive support. Umhlobo Wenene FM was one of the stations that had the song on high rotation.”

Nene’s album, Ushun Wenkabi, will be available at music stores nationwide from next week on Friday.