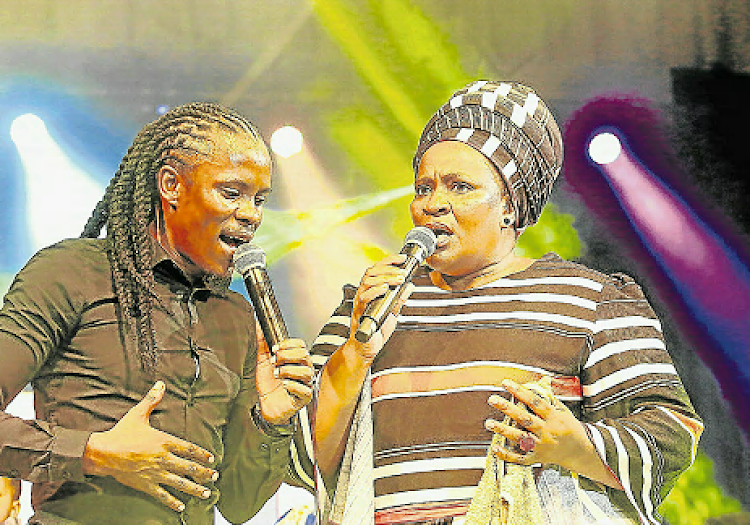 Mother and son Lusanda and Betusile Mcinga will launched their albums and DVD at the OR Tambo District Municipality Hall in Mthatha on Saturday.

This will be the second launch, as they launched them in East London last month.

The proud mother described her 33-year-old son as her pillar of strength.

To sum up her life and journey, the veteran singer said she would one day write a book to motivate other people with her stories and record an album with her son.

Betusile said he has learnt a lot from his mother, who has released 19 albums, and is excited about the launch of his live DVD, The Highest Praise, that he recorded last year in Cape Town.

Just like his mother, he says music is the language used to communicate and praise God.

Betusile said if any of his three children wanted to follow in his footsteps into the music industry, he would not stand in their way as that runs in the family.

“It was a great feeling to sing with Mam’ Lusanda, and I was doing standard 7 (Grade 9) at that time and that triggered a lot of things in my mind, and I had a clear idea of what I wanted to do,” he said.

The SABC Crown Gospel song of the year winner said his mother had taught him to never let his background stand in the way of his dreams.

“She broke many boundaries to be where she is today,” he said.

The duo added that in this cut-throat industry upcoming artists must not depend on money they make from the music.

As a result, Lusanda has her burial scheme while Betusile partnered with her mother to establish Lusanda Productions.