HHP's last protégé: He tried to protect me from his pain 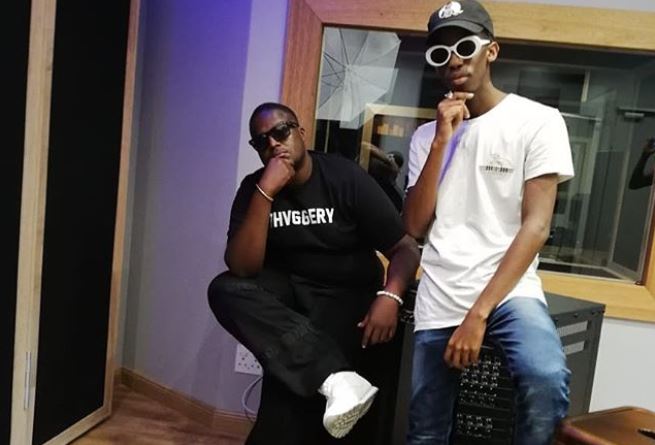 Although he was suffering from depression and suicidal thoughts‚ rapper HHP would never allow his young protégé Hugo Flash see the dark space he was in and tried to shield him from a world that had been so cruel to him.

The Music & Lights star had helped launched the careers of Cassper and Khuli Chana and in his last few days worked tirelessly to promote Hugo as the next big act in Mzansi.

A heartbroken Hugo reflected on how the pair had met at Universal Music's offices in Johannesburg just two days before the star's death on Wednesday and said he found it difficult to accept his mentor's death when there was no indications he was struggling.

"We were just soaking in the vibes and enjoying each other's company. There was absolutely no indications of what he was going through. That is what worried me the most about this situation because he hid his feelings so well".

The pair met about two or three months ago at Kalawa Jazmee's offices. HHP later invited Hugo to record with him and in the long hours of recording and working together got to speak about life and their struggles‚ although HHP would try hide the pain he was feeling.

As fans and those close to HHP grapple to come to terms with his death‚ a prophetic interview where the hip-hop star opened up about his fears of ...
News
2 years ago

Parliament’s Portfolio Committee on Arts and Culture has paid tribute to late rapper HHP. HHP‚ whose real name is Jabulani Tsambo‚ died on ...
News
2 years ago

"He mentioned it once or twice. He would speak about his troubles with Lerato but there was no real indication that it was that serious. He was very cautious to speak about his personal battles because I was so young. I guess he was trying to protect me from his pain or problems. He wanted to seem like the strong mentor who had it all together. Maybe he didn't want me to doubt him. He was always so full of life and excitable."

"If I could speak to him one last time..."Hugo said he was honoured to have worked with HHP and have been under his wing.

"He took me in and gave me a chance when not many people were willing to open the door that wide. We loved working with each other and I made beats that I was excited to show him."

The young musician and producer learnt of his idol's passing after travelling back to Johannesburg from Durban and said the pair were planning big things together in the future.

"I was recovering after being in a serious car accident the day before but when I heard‚ I totally lost it. I was in total denial. As time went and people confirmed it to me‚ I lost my mind. There was a surreal thought that something like this could happen."

He said that if he could have one last moment with his idol he would have told him to hold on for those he loved.

"If I could speak to him one last time‚ I would tell him that I will always do him proud and make sure that no one goes through what he went through."

Those close to hip-hop star Jabulani Tsambo fondly known as HHP have reportedly detailed how he spoke about feelings of hopelessness and how he ...
Lifestyle
2 years ago

Just two months ago I got the chance to chat to HHP aka Jabba about death and the fragility of life. It was the official memorial service in honour ...
Lifestyle
2 years ago