Get ready to feel groovy at the Guild Theatre 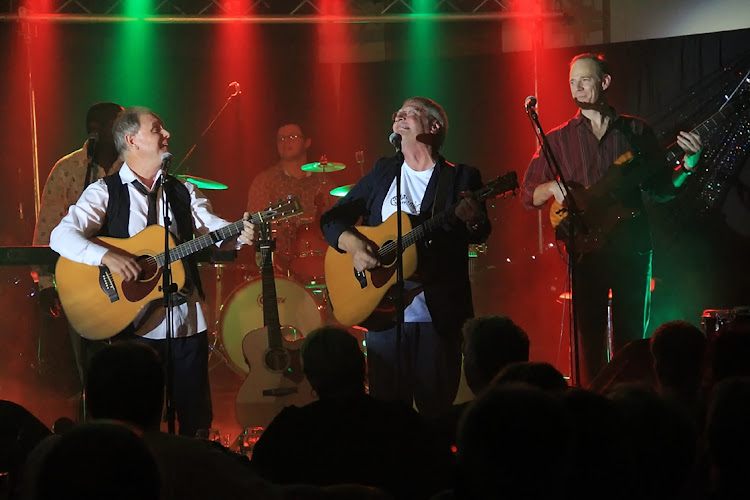 GOOD VIBES Roger Gilson, left, and Neil Thomson in the groove with their band, will take to the stage at the Guild Theatre in East London this week.
Image: SUPPLIED

The music of the great folk singer-songwriter duo Paul Simon and Art Garfunkel will have audiences feeling groovy at the Guild Theatre in East London this week as musician and school teacher Neil Thomson reunites with his long-time compatriot Roger Gilson for a show entitled Old Friends – A Tribute to Simon and Garfunkel.

A deep respect and love for the music shines through the sympathetic, authentic treatment by the supporting band made up of Andre Strydom on bass, Hugo Kleinhans on guitar, Khanya Matomela on keyboards and Russel Snead on drums.

With the focus placed on majestic harmonies, subtle instrumentation and an emotional interpretation of the Simon and Garfunkel songbook, no less than 36 songs are included in the line-up.

Specific arrangements of live songs sung in the duo’s famous Concert in Central Park and Old Friends concerts have been meticulously chosen and include the likes of The Sounds of Silence, Homeward Bound, Mrs Robison, Slip Sliding Away, Bridge Over Troubled Water, Hazy Shade of Winter, The Boxer, Late in the Evening, 50 Ways to Leave Your Lover and American Tune, to name a few.

Selections from Simon’s solo career such as You can call me Al, Late in the evening, Diamonds on the Souls of Her Shoes, Take Me to the Mardis Gras and Me and Julio Down By the Schoolyard are also included, as is the celestial Art Garfunkel solo hit Bright Eyes. 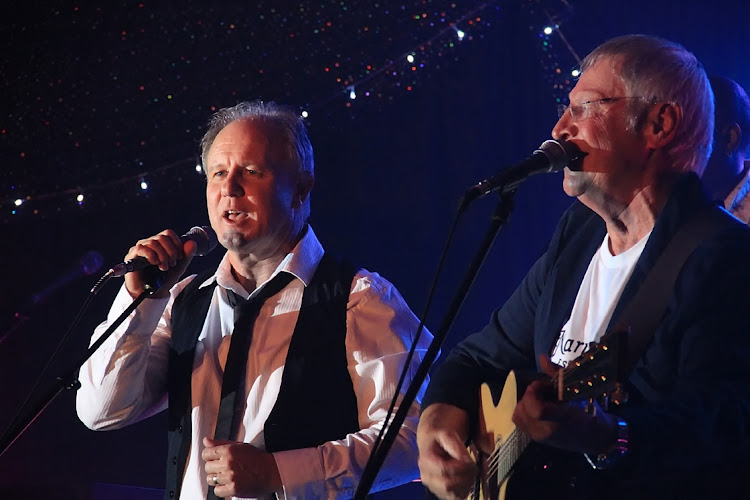 IN HARMONY Roger Gilson and Neil Thomson will perform a tribute to Simon and Garfunkel at the Guild Theatre in East London this week.
Image: SUPPLIED

The duo starred together in the Centrestage 2008 hit show The Folk Lords. Thompson was also seen in the 2010 Centrestage show The Magnificent 70’s, joining Gilson again in 2011 for their Simon and Garfunkel/Crosby Still and Nash salute Striking a Chord, after which Gilson joined Andre Strydom on stage for the company’s tribute to The Bee Gees in 2014.

“Neil Thomson’s articulate guitar finger-work and deep understanding of the folk genre made him an ideal Paul Simon. Roger Gilson’s insanely clear and high voice was a perfect match for Art Garfunkel, which is how the magic all began.

“Neil is a superb multi-instrumentalist and musical perfectionist — he has a tremendous feel for the demanding Paul Simon finger-picking style.

“Each and every song in their repertoire is a well-known and much-loved musical memory trigger – and we will have great fun reminiscing about the times that surrounded the music too!”

Shows start at 7.30pm. A bar is available and clients will have the option of bringing their own food. Tickets, costing between R130 and R170, are available through Computicket. — DDR

Eden’s drag cabaret to go out with a bang

After a 13-year friendship with drag cabarets, glitzy costumes and the fabulous, flamboyant men who wear them, Club Eden owner Sally Prins is giving ...
Lifestyle
1 year ago