Emtee and Cassper squash the beef, and other highlights of #FillUpRoyalBafokeng 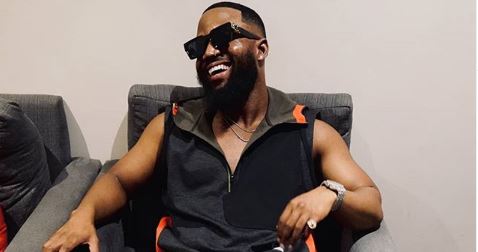 It seems Cassper Nyovest and Emtee have squashed their beef.

Two years after saying he would never work with Cassper again, Emtee performed at #FillUpRoyalBafokeng at the weekend.

In November 2017, Emtee lambasted Mufasa for not giving him enough respect and accused him of trying to score cheap points at his expense. The rappers' feud continued for most of 2018 and in November last year Emtee shared an Insta Story in which he dissed the Tito Mboweni hitmaker.

But Cassper wasn't moved by Emtee's shade and clapped back, saying he'd like him to perform at last year's Fill-up in Durban.

Cassper's wish came true. On Sunday night, when “thee” Emtee performed at #FillUpRoyalBafokeng, with Mufasa's fans vibing when he lit up the stage.

Boasting more of a traditional Setswana feel, Cassper was sure happy to be performing on home soil, with “jungle roots” and lions the theme of the concert.

Leading up to his performance, headline acts such as Major League and Focalistic lit up the stage.

Popular group Morafe reunited after many years and gave a performance to remember.

Cassper took to the stage and reminded fans why he is still in the game. With loads of energy and backed by first-class production, Cass delivered Motswako's biggest concert.

And the crowd goes wild for Cassper Nyovest #FillUpRoyalBafokengStadium pic.twitter.com/WcSfOlLays

Cassper also performed with Morafe, saying he grew up listening to their music, along with HHP. He paid a heartfelt tribute to the late rapper, who was considered the North West's pride.

Cassper Nyovest shut down 44,530 capacity Royal Bafokeng Stadium. He owns one of the world's largest concert series (Fill Up).

He was also joined on stage by Nadia Nakai, while Kamo lit up stage with her cool dance moves.

#fillup Casper is biggest artist in Africa he told jabba it is possible pic.twitter.com/TQi6tfbmOM

Cassper slams Hottest MC list, and here’s what other rappers have to say

It's that time of the year again, when rappers catch feelings
Lifestyle
1 year ago
Next Article