15 cool car movies to watch during the Covid-19 lockdown 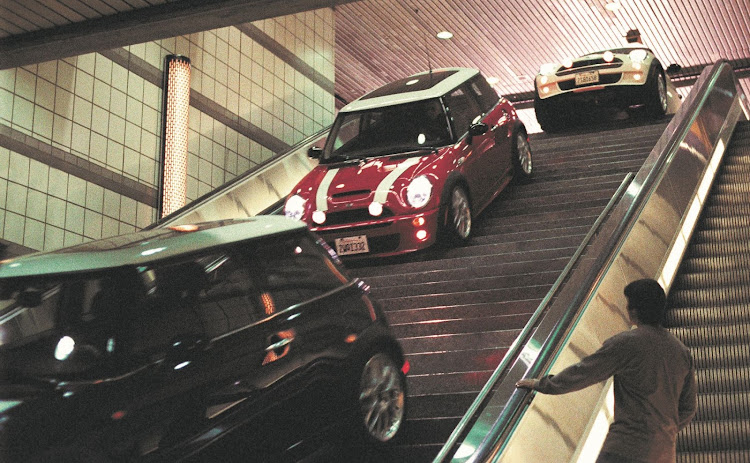 While SA bunks down for the 21-day coronavirus lockdown, it’s an ideal time for petrol heads to catch up on some iconic car movies. We’ve assembled some of our favourites.

A documentary film depicting the life and death of the Brazilian motor racing legend, relying mostly on archive footage and home video clips. The triple Formula One champion’s fascinating racing career is covered from his debut in the 1984 Brazilian Grand Prix to his untimely death in the 1994 San Marino Grand Prix, and focuses on his F1 rivalry with Alain Prost.

Starring James Garner, the movie portrays the Formula One racing scene of the 1960s in a time when sex was safe and motor racing was dangerous. It includes real-life footage of Grands Prix of the day, but also delves into the drivers’ off-track lifestyles including the women who were attracted to racers with dangerous lifestyles.

A Quentin Tarantino “slasher” horror film about a deranged stuntman, portrayed by Kurt Russell, who murders people in staged car accidents with his “death proof” stunt car. Violent and hard-hitting in the best Tarantino tradition, it’s not for the squeamish.

The newest movie on the list relates the famous racing grudge match between the blue oval and the prancing horse in the Le Mans 24 Hour in the late 1960s. It tells the story of visionary American car designer Carroll Shelby (portrayed by Matt Damon), who developed the Ford GT40, and Ken Miles (Christian Bale), the Englishman who took the car to its first Le Mans victory.

An action thriller with an all-star cast including Mark Wahlberg, Edward Norton, and our very own Charlize Theron alongside a medley of modified Mini Coopers. An American homage to the 1969 British film of the same name, it’s about a motley crew of thieves who stage a daring gold heist.

It’s not a car flick as such, but features probably the most famous car chase in movie history involving Steve McQueen’s character in a Ford Mustang and a baddy in a Dodge Charger R/T through the roller coaster-like streets of San Francisco. It has spawned modern “Bullitt” versions of the Ford Mustang and the green 1968 Mustang GT390 Fastback used in the movie was recently auctioned for a record $3.7m (R64.8m).

No catalogue of car movies is complete without this car-heist modern classic starring Nicolas Cage and Angelina Jolie, and a 1967 Ford Mustang Shelby GT500 nicknamed “Eleanor.”  Some of the action sequences are over the top, but it’s a fun romp.

If you like 1990s Japanese sports cars (Toyota Supra, Mazda RX-7 et al) and watching a lot of Nitrous Oxide buttons being pushed, this is your scene.

The original movie starring Vin Diesel and the late Paul Walker put the spotlight on illegal street racing, and it’s spawned a franchise of Fast and Furious sequels and spin-offs, the latest being Hobbs & Shaw (2019). Interesting fact: the first sequel, 2 Fast 2 Furious (2003), had an obsession with gearshifts and depicted no less than 65 of them.

The hilarious adventures of Lightning McQueen, his tow-truck pal Mater and a lovable cast of anthropomorphic talking cars in this computer-animated Disney classic. A motoring movie for the whole family. The sequels are Cars 2 (2011) and Cars 3 (2017).

This biographical Formula One drama relates the rivalry between McLaren teammates Niki Lauda and James Hunt in the 1976 season — the same year Lauda suffered his fiery life-threatening crash at the Nurburgring Nordschleife. It stars Chris Hemsworth as the wild and impetuous Hunt, and Daniel Brüh as the cool and calculating Lauda.

Burt Reynolds and Jerry Reed star in this action comedy about two bootleggers who, against the clock, attempt to illegally smuggle beer between US states and are relentlessly pursued by a Texas sheriff. It was the second highest-grossing domestic film of 1977, second only to Star Wars, and was followed by two sequels: Smokey and the Bandit II (1980) and Smokey and the Bandit Part 3 (1983).

A gritty 1970s road movie about two street racers, the Driver and the Mechanic, who live on the road in a modified ’55 Chevy and drift from town to town making their income by challenging local residents to drag races. Starring songwriter James Taylor and the Beach Boys drummer Dennis Wilson, it has become a cult classic.

Stephen King’s supernatural horror classic about a 1958 Plymouth Fury named Christine, a car with a jealous, possessive personality and a taste for blood — not to mention the ability to self-drive and self-repair.

Sticking with cars that have minds of their own, though a far friendlier version than Christine, Herbie the Volkswagen Beetle charmed audiences with “his” lovable nature. Starting with the original 1968 movie The Love Bug, the sentient Beetle decked out in red, white and blue racing stripes, entertained family audiences with hilarious adventures in this Disney franchise.

An English-language French action-thriller film starring action hero Jason Statham as a mercenary driver for hire (“transporter”) who will deliver anything, anywhere for the right price. A BMW 735i played a starring role in an epic chase scene. It spawned the sequels Transporter 2, Transporter 3, The Transporter Refueled (a reboot), and a TV series. ​