Makamba takes the plunge as a full-time solo artist 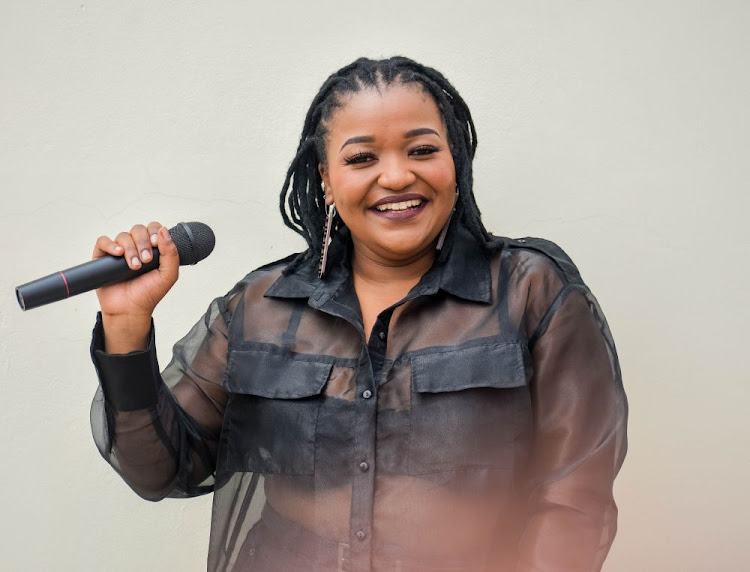 After more than a decade of serenading Eastern Cape crowds and scooping awards, Port Elizabeth songstress Thokozile Makamba is finally giving herself fully to her calling as a singer.

This is as the singer strengthens her solo brand as one separate from award-winning multi-genre band Clique Claq.

The vocalist took a leap of faith in September and resigned from her corporate job to fully pursue music and other creative talents.

She has released a few singles before.

“The lockdown really made me rethink things and that led me to the decision to leave my job and give my music a real chance because through all these years I’ve been treating it as a second priority because I’ve always had a day job to focus on.

“It was a very scary decision but I’m happy with it and I believe it will lead me to the future I want for myself,” Makamba said.

The Clique Claq lead vocalist said she would continue to sing with the band while pursuing her solo career.

“The band and I have always had an open relationship because I was already kind of pushing a solo career before we met and started working together and somehow I’ve always been able to juggle both Clique Claq and just Thoko.

“They are very supportive of my work and, while I do maintain that no-one [brand] is more important than the other I am [aware] that there is a season for each and right now is the season to push my solo brand,” she said.

Makamba is hosting a listening session of her upcoming project at the Gallery on Produce Street on October 25, where she will give fans a glimpse of what is to come.

Influenced by multiple genres, Makamba said the project would lean towards R&B and neo-soul with lyrical content that explored the concept of love.

“Because I have that background, it’s hard to box my sound but it’s leaning towards R&B and neosoul but one will still find other elements when listening to my music,” she said.

“The listening session is kind of a reintroduction of myself because a lot of people know me from the band.

“I haven’t decided what the project will be yet. It could be an album or an EP but it will be a recorded project of a number of tracks that I’ve been writing,” she said.

Makamba has been in the game since 2008. She has performed on many stages across the Bay and parts of the Eastern Cape, with Clique Claq and by herself.

In 2019, the band received a Standard Bank Ovation award after their debut performance at the National Arts Festival.

Eastern Cape artists have left their mark on the first ever virtual National Arts Festival, claiming several accolades at the online Standard Bank ...
News
10 months ago

The award came as a surprise to the six-member band, who had previously applied to perform at the festival,  had been rejected twice.

The Standard Bank Ovation win came three years after the band shot to fame in the Bay when they were crowned winners of the 2016 Mandela Bay Talent Search.