“Noxee was so amazing on 'Diamond City'. I loved all her projects. Very talented,” one fan said on Twitter. 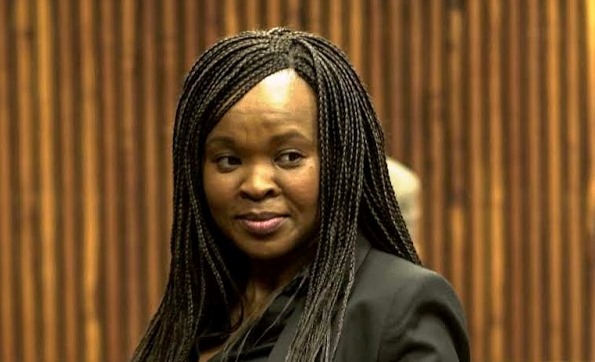 The death of actress Noxolo “Noxee” Maqashalala has left a void in the acting industry and looking back at her track record, fans were overwhelmed by how brilliant her acting was in her last project, Diamond City.

According to family friend Senyukele Zibobo, Noxolo's body was found at her Honeydew home in Johannesburg on Friday.

As Mzansi continues to react with shock at the untimely death of the 44-year-old actress,  they've also been hit by the realisation they will no longer see her on the drama series.

Many immediately remembered the veteran actress for her lead role as Viwe in the 2003 SABC1 youth drama series Tsha Tsha.  Even though she also appeared on Generations, Rhythm City and Intersexions among many other roles, her fans had only recently welcomed her back to their screens when Diamond City found its way to Netflix in 2020.

The 13-part legal and prison drama's original debut was on SABC1 back in 2018. Not only did Noxee have a lead role in the show, but it also gave her her first executive producer credit.

The series ended off on a “hanger”, leading fans to look forward to season two.

“Lo sisi acted her heart out on Diamond City, just like she did as Viwe in Tsha Tsha when I first saw her,” said one fan.

“Selfishly, I was looking forward to season two of Noxee's Diamond City,” added another.

“From her role as Viwe in SABC1's Tsha Tsha to later work as lead and executive producer of Diamond City, she wrote her chapter in the industry with diligence and excellence. Siyabulela, Noxolo. Usebenzile, sithandwa,” said veteran actress Florence Masebe as part of her tribute to the actress.

Here are some of the reactions from Noxee's fans:

Lo sisi acted her heart out on diamond city, just like she did as Viwe ku Tsha Tsha when I first saw her😭😭💔 Rest in Eternal peace Noxolo Maqashalala 🕊 pic.twitter.com/k38TWGBx76

Selfishly I was really looking forward to Season 2 of Noxee’s Diamond City :(

I remember sharing with my friend @ZeeWakhe that Diamond City is the 2nd well legal researched series/drama after Sokhulu & Partners in Mzansi. Noxee nailed that prosecutor role with distinction. We will ever miss your smile and charisma 😭#RIPNoxoloMaqashalala pic.twitter.com/vIpQ2GIVdB

Over the years Noxee would grow as a practitioner in the arts. From her role as Viwe in SABC1's TshaTsha to later work as lead and executive producer of Diamond City, she wrote her chapter in the industry with diligence and excellence. Siyabulela, Noxolo. Usebenzile, sithandwa

Bathong Noxee. Haibo I just started Diamond City on Netflix early this month!!! I was looking at her work nje and a whole hashtag today. Aowa hle 😭#RIPNoxee #RIPNoxoloMaqashalala

Noxee was so amazing on Diamond City. I loved all her projects. Very talented. This is truly heartbreaking losing 2 greats 💔