'Where were the real friends to check on her?' - Masasa & Zola debate Noxolo Maqashalala's death 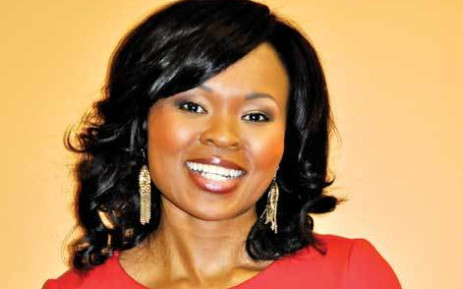 The death of popular actress Noxolo Maqashalala has again sparked a conversation around “checking on” those you love, and led to a debate between TV stars Masasa Mbangeni and Zola Hashatsi.

DispatchLIVE reported that Noxolo was found dead in her Honeydew, Gauteng, home on Friday, with family friend Senyukele Zibobo saying forensic personnel suspected the 44-year-old had been dead for almost a week.

The cause of her death is not yet known.

Zola, like many across the country, took to social media to pay tribute to Noxolo and questioned why the star's friends and family did not check up on her.

“The fact that she was found after a week she had died in her home makes me cry even more. Where are the real friends and family to check up on her? My heart is bleeding. The fake industry friends will come out, and so is the minister of Condolences. Oh Nox Nkosi. Tsha Tsha. Thank you for your talent, Roro,” he wrote.

While many agreed with the star, Masasa suggested that there were more factors that could have been at play.

“Many people are loners, Zola, who go weeks without engaging with the outside world because that’s their personality.

“Add to that, a global pandemic that isolates us all even more from each other. I have real friends I haven’t spoken to in weeks, not that I don’t care or don’t worry about them, but that there’s a global pandemic affects interpersonal relationships.”

She said that Noxolo's friends almost certainly felt guilty and did not deliberately stop communicating with her.

“I am certain her friends feel incredible guilt and we should hold space and compassion because no-one would ever deliberately choose to not be there for a loved one in their final honour.

“I think we need to be conscious of our language during this time as some of those 'real' friends are following you and will be triggered by this comment. I hope you hear where I am coming from Mkhulu. Ngokuzithoba,” she added.

Police say preliminary reports indicate that there was no foul play in the death of the Eastern Cape-born actress Noxolo Maqashalala.
News
1 month ago

Zola acknowledged Masasa's view but said that it was a lonely industry and someone needed to watch out for those entertaining everyone else.

Masasa also shared how she had gone through a period of isolation where she avoided contact because of her anxiety.

“Have you considered that people, due to their own reasons, self isolate. I, for instance, went through a stage, due to anxiety, of not talking to anyone, not taking calls or messages, avoiding visits. It happens. It’s not anyone’s fault. I’m not suggesting that that is the case in the instance, but it happens, and no one is to blame.”