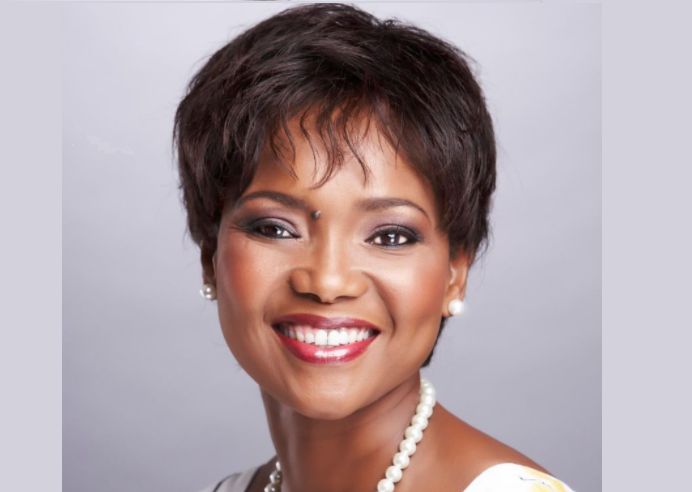 Social media was flooded with messages of appreciation for veteran isiXhosa newsreader  Noxolo Grootboom after it was announced she would be retiring after 37 years in the industry.

The news was confirmed by the SABC on social media this week.

Noxolo started her career in broadcasting as a typist at the SABC in the 1980s  before making her way to TV screens as a staple part of the evening news for more than two decades.

In 2019 she told online magazine The Bar she used her job as a typist to get to where she really wanted to be.

“I never looked down on that. I told myself this was an opportunity, a window  I will use as my foot in the door at the SABC”

President Cyril Ramaphosa has been approached to help fix the SABC's funding model.
News
2 months ago

She was there to hold the hands of South Africans hands during some of the most iconic moments in the country's history, including during the death of former president Nelson Mandela in 2013 and former first lady Winnie Madikizela-Mandela in 2018.

The much loved star, known for her popular sign-off line “ndinithanda nonke emakhaya”, will appear on screens for the last time on March 30.

As news of her retirement and last show made its way to social media, Noxolo's name topped the Twitter trends list, with many calling for a “shut down” next Tuesday to watch the veteran's final bow.

Among the messages, musician Yvonne Chaka Chaka remembered how Noxolo was a teacher before she began a career in broadcasting, teaching her several decades ago.

She described the star as “the most beautiful teacher” she had at the school.

She was the most beautiful teacher I had at Jabulani. Not Orlando ❤️ https://t.co/BkvdNotsqU

Radio personality Anele Mdoda joined the calls to watch Noxolo's final show while others, including EFF MP Mbuyiseni Ndlozi, paid tribute to her talent and shared their favourite memories of the star.

Next week we stop the world for Noxolo Grootboom!!!!! 7PM we say Ndi nithanda nonke emakhaya !!!!!

Legend! Full Stop! Noxolo Grootboom... I cannot think of a better news broadcaster on the face of the earth! 🖤 pic.twitter.com/8TuSnfn15y

NEXT WEEK, Tuesday (19:00), we are all watching isiXhosa news on @Official_SABC1 as the legendary #NoxoloGrootboom reads the news a final time before she retires 😭 #NdinithandaNonkEmakhaya pic.twitter.com/guqzFRXCCx

After 37 years of service #NoxoloGrootboom is retiring. What an absolute legend she is! I’m glad the country is celebrating her immense contribution. She certainly remains a fixture of my childhood; watching IsiXhosa news at 7pm.

This is why I love SA magazine archives! Here’s Mam’ #NoxoloGrootboom in a 1994 issue of @TrueLoveMag wearing a Julian peplum suit. Major hair by @FelipeMazibuko , with Lucy Ngwira on Makeup. Iconic. pic.twitter.com/XlHf77PfTt

This woman always does it for me when it comes to Xhosa. #NoxoloGrootboom I will forever love her pic.twitter.com/VjBNq7OVe6

This is so sweet ...I mean, I woke up this morning and found the whole South Africa celebrating Noxolo's unmatched role she'd played especially in Isixhosa news.. She made Xhosa language fashionable, and personally, I will always miss her #NoxoloGrootboom pic.twitter.com/4O7S1O2huO

This is Mrs Noxolo Grootboom. She'll be reading her final isiXhosa news bulletin on @Official_SABC1 next week on Tuesday at 7pm. She's retiring and will now "go and rest" she told me. What an inspiration she is...love you Ma'am ❤️❤️ @SABCiindaba pic.twitter.com/35XXGOlv15

Sis’ #NoxoloGrootboom, you made anchoring in isiXhosa fashionable. I always looked forward to watching the news. Thank you for the great work you have done behind the scenes at the public broadcaster. In my uncle’s words, Vusi Ace Ntshingila “You are a trend setter.” Siyabulela! pic.twitter.com/hPglcmg2zv