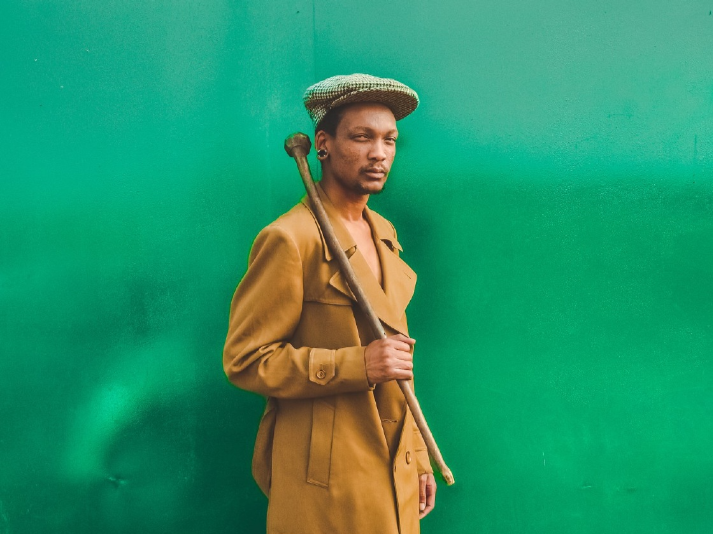 His innovative sound has wowed international audiences, particularly in Europe.

Laliboi came in second place of international competition the Afro Pepite Show's 11th Edition, held in France in March. He was the only South African competing. The Afro Pepites Show is an e-Arts Market that connects musicians and fans of African culture.

Raised in the small village of Zazulwana, his recently released debut album, Siyangaphi, is named after his great-grandfather who was a World War 2 veteran and a trumpet player.

Laliboi also plays the trumpet in honour of his great-grandfather, as well as guitar.

“I was raised in a musical and literature-loving household, where we were taught different genres. During the 1990s in the apartheid regime, my parents bought a house in Vosloorus in Gauteng. One of my uncles was a hostel dweller and when he was informed about a massacre that was going to occur, he fled to our home, arriving with only two guitars. He was a Maskandi musician.

“When he left us, I inherited one of his guitars. That was the beginning of my music journey. Though I did not understand the instrument at the time, the passion and desire to learn to play it drove me to where I am.”

Nkodlwane said he formally started pursuing music as a career in 2000 when he enrolled at Gauteng Arts Academy, a music institution based in Bloemfontein and run by the late trumpeter Johnny Mekoa.

Describing his music genre, he said he was a Xhosa rapper and jazz composer — his sound is a mix of modern-day music that fuses with old-school jazz.

“I was fortunate to be introduced to Mekoa, as he gave me an opportunity that I could not even afford back home, due to my parents not having the finances to help me complete my music studies. Mekoa was a blessing, because he taught us for free. Being mentored and taught by a jazz musician infused an influence in me. I also love to rap,” he said.

Talking about his latest single, Somandla, he said “it is a song about pleading to God for guidance, however not neglecting the existence and prominence of ancestors and ancestral lineage”.

The multitalented vocalist and instrumentalist worked in collaboration with renowned producer Spoek Mathambo and created an innovative blend of hip-hop, jazz and South African tribal music.

“Siyangaphi colourfully expresses all the things that make South African contemporary music so exciting right now — authentic cultural richness and relevance while keeping an eye on innovation and the future,” he said.

The 11-track album is available on all music digital platforms.

“The world stage is next for me, France was just the beginning. The whole access of being able to participate in a global conversation in my indigenous language, isiXhosa, is what I am truly proud of and I will not stop embracing it,” Nkondlwane said.