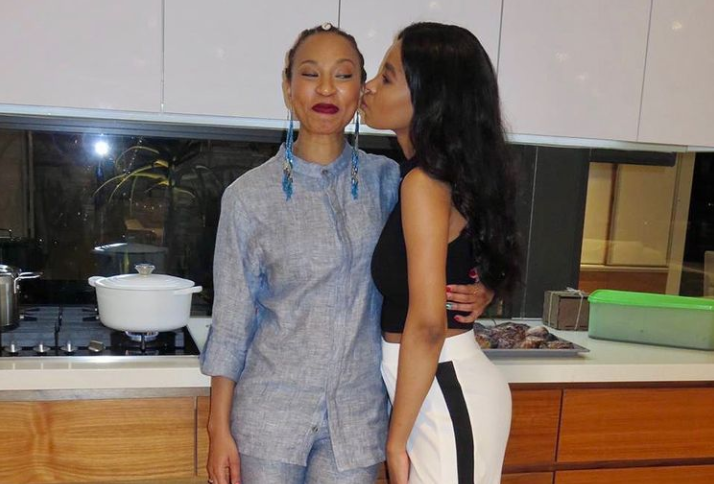 US-based actress and musician Nondumiso Tembe has opened up about dealing with the heartbreak of her “baby sister” and rapper AKA’s fiancee, Anele “Nelli” Tembe.

Nelli died on Sunday after apparently falling from the 10th floor of the five-star Pepperclub Hotel in central Cape Town. The 22-year-old’s death was confirmed by the Tembe and Forbes families through a statement.

Nondumiso is Nelli’s cousin and often referred to her as her “baby sister”. She took to Instagram on Monday to share a picture of the pair together.

In a short tribute, the former Generations actress said she was left speechless by Nelli’s death.

“My baby, Ngiphelelwe amazwi. Words fail me right now. We will hold you in our hearts forever. Lala kahle, mbali yethu,” she wrote.

She also thanked those who had offered support and condolences to the Tembe family during this difficult time.

“Thank you so much to everyone who has sent kind words of comfort for our family, ngiyathokoza kakhulu.”

Fellow actress Terry Pheto offered her condolences to Nondumiso, writing: ”I’m so so sorry for your loss.”

"I miss you with all my heart, Nelli. The mornings are the most difficult, and it’s only been two without you," she wrote.

In their statement on Sunday, the Tembe family said they were shocked and heartbroken by Nelli’s death.

“We are still in shock and dealing with our emotions  as she was an exceptional and gifted young woman with so much life ahead of her. She had a sweet nature and was always nurturing to those about her.”

More details about the discovery of Nelli Tembe's body emerge