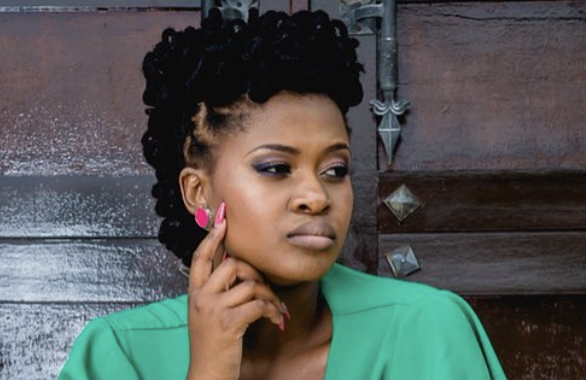 The star has got real about being bullied during her pregnancy.
Image: Instagram/Zenande Mfenyana

Actress Zenande Mfenyana has opened up about being cyberbullied during her pregnancy, motherhood and playing the mother of a kidnapped child on The Queen.

In an interview with TshisaLIVE, the star opened up about her personal journey of being bullied. During her pregnancy, the star felt the height of the online bullying when people were picking on her while filming.

“Night after night during the show, people would make so many nasty, hurtful comments about my appearance on TV.  They would take screenshots, circle my dark neck, big nose, even make fun of the way I was walking. What’s worse is that they would tag me in these nasty comments, which meant that they intended for me to see them,” said Zenande.

The star of Generation's fame said that she was stuck between a rock and hard place when it came to responding to her haters.

“What makes me mad is that people are so quick to dish out nasty comments and when you retaliate you are seen as a bad person, so basically people hate it when the same nasty hand is dealt right back at them. So you’re expected to keep quiet when you are being bullied on the net because it might affect your brand. It’s such a difficult space to navigate because you’re damned if you do, damned if you don’t,” she said.

'She cried in my lap': Tears flow at memorial for bullied Lufuno Mavhunga

'Whatever happened to her was something so heavy she could not take it any more,' said her older brother Dakalo.
News
1 month ago

The star advised expectant mothers to stay off social media and handle the hate after giving birth.

“Rather stay off social media. Because to try to fight back while you’re pregnant is not worth it. You end up having so much anxiety and that’s not good for your unborn baby. You can deal with the trolls after you give birth. But by then you’ll be so busy with the newborn you won’t have the time or energy to lash back at them,” she said.

Reflecting on being a mother over the past year, the star, who often takes to social media to gush about her daughter, said the journey of being a mom has been a heartwarming yet tiring experience.

“It has been the best ride of my life, challenging and tiring, but so rewarding. To watch her grow and see her becoming into her own little person is so heartwarming. I still can’t believe God entrusted me with this life,” she said.

Young mom Zenande also had to face forks in the road when it comes to her career. Her character Goodness Mabuza in the show The Queen had her child kidnapped for ransom.

Speaking on how she personally related to the story, Zenande said that she was “shocked to her core” while playing the role.

“That storyline shocked me to my core. It’s a parent's worst fear to have your child go missing. I imagined all the parents who are worried sick over their missing children and I played it from that angle, I wanted to portray it all as raw as it is,” she wrote.