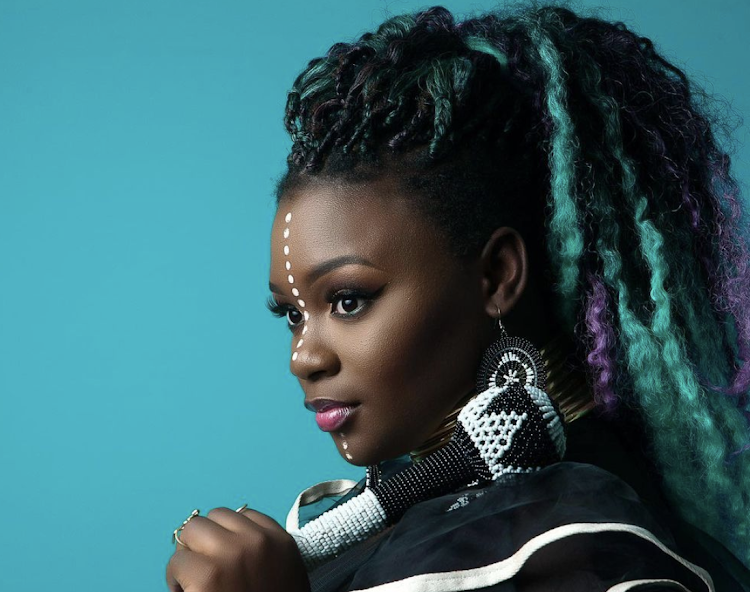 Amanda Black is back and ready to deliver with her upcoming album 'Mnyama'.
Image: Supplied

Singer-songwriter Amanda Black has made a return to the limelight with her single Kutheni Na featuring Kwesta on her upcoming album Mnyama, and the star told TshisaLIVE what she has been up to during her hiatus.

Since the success of her album Power, Amanda has signalled her comeback to our playlists with Kutheni Na. The star said she held award-winning musician Kwesta in high regard, especially after working with him. The pair even had a hilarious moment when they first met.

“I've always wanted to work with Kwesta, I have always revered him. I remember when I met him in 2016 and he was so chilled. I think Amazulu was out for about a month and he was so cool. Even when he introduced himself, he was like, 'hi my name is Senzo', and I was like, 'who is Senzo? Oh, Kwesta! that's your real name. Ever since then when we bump into each other, he has always been supportive.

“When I sent him the song, he was like this song is beautiful, and he relates to it and he can't wait to put his own story to it,” said Amanda.

Chatting about where the song came from, the star said that months into the pandemic she was struggling with a mental block when it came to making music. She also had concerns for her finances after the devastating knock of the pandemic.

“I was struggling to make sense of what was happening about me and how I fit into it all or how I felt about it. You know, so many plans got messed up because Covid-19 happened, financially not know how I was going to cope and all of that. I sort of went into this state and a whole lot was happening personally as well where I didn't really know how to explain how I was feeling,” Amanda said.

While writing the song, she said she found comfort in listening to her inner voice and how she felt about the world at the moment — leading her to express her feelings about the coronavirus outbreak through her song.

“The pandemic hasn't really given a chance for you to run away from yourself because most of the time, you are by yourself. So, in those moments, I really found solace in talking to myself and being OK with not being OK. I was anxious all the time, and I sort of found a way to speak about how I felt,” she said.

Award-winning Afro-Soul singer Amanda Black was one of Nelson Mandela University’s alumni who were lauded at annual awards held at the Port ...
News
2 years ago

The star opened up about being at home during the pandemic last year. After getting out of her creative rut, Amanda said that being surrounded by her childhood instruments helped her rediscover her passion and love for music.

“Of course, I was writing music when I got out of my mental block `and when I was home, I rediscovered things that make me happy like u-Amanda. I was home, and I was surrounded by things that reminded me of the beginning or before Amanda Black, before the career started. I mean I have always been singing but, I mean, the growing of it, I was surrounded by my old guitars. It really was a moment of connecting with myself, I didn't even realise that I needed that,” said Amanda.