WATCH | Babes & Mampintsha’s reality show trailer is out and it's spicy! 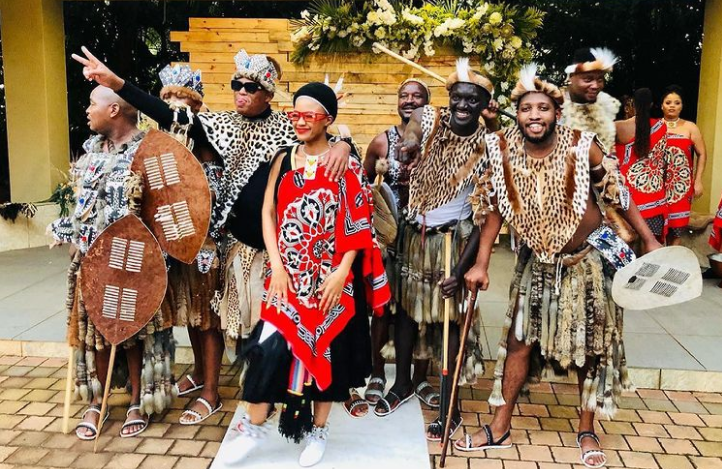 After giving Mzansi the runaround for a while where reality TV is concerned, Gqom stars and couple Babes Wodumo and Mampintsha have shared the official trailer for their upcoming Showmax reality show and it looks juicy!

The controversial duo have been through a lot in the public eye, both as a couple and as individuals. They have also attempted to go the reality TV show route before  — with Jub Jub and Moja Love's help — but that failed dismally.

Now, their fans will finally get an exclusive look into their lives with their Showmax show, titled Uthando Lodumo. The show, which was announced last year, will finally premiere on June 30.

Babes took to her Instagram to share a 2-minute video meant to give her fans a taste of what to expect in their much anticipated reality show.

Controversial couple Babes Wodumo and Mampintsha’s reality show, Uthando Lodumo, set to follow the next step in their volatile romance, has been put ...
Lifestyle
1 year ago

It looks like Babes Wodumo and Mampintsha plan to have their fans glued to their TV sets  as the trailer showed that the show will delve into how their marriage came about. It shows the couple being counselled by elders, including a pastor about their relationship and their relationship with their parents, as well as their music careers, among other things.

Babes — who confirms that she's pregnant in the trailer — and her hubby Mampintsha have been scarce on the socials since their reality deal's ink dried. Fans have assumed that it has all been so the content on the show can be exclusive.

Watch the spicy trailer below:

However, their fans know that Mampintsha paid lobola for his bride late last year. The couple got engaged in October last year, announcing the news with a video on social media of Mampintsha going down on one knee with a ring in his hand.

Earlier this year, Babes and Mampintsha celebrated their traditional wedding  in KwaZulu-Natal.

The couple's friends, including DJ Tira, Danger and Lvovo were all part of the ceremony, offering their support to the couple.

Dressed in a traditional attire, Mampintsha was led into a large amphitheatre where he met Babes and a large choir. The pair later took their place at the centre of the stage, watching traditional dances and songs being sung.

The ceremony was filmed for the couple's Showmax reality show special Uthando Lodumo and will be followed by a white wedding in a few months' time.