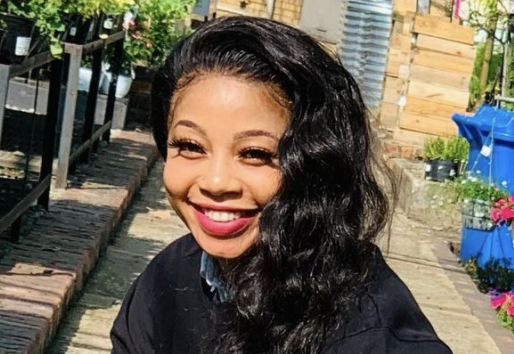 Reality TV star and singer Kelly Kumalo has called on South Africans to take their power back and vote out the “oldies in government” if they want to see change.

She said the government and president Cyril Ramaphosa, whom she called “cupcake”, are entitled and have proven several times their disregard for public service.

She said if citizens don't use their votes to remove those in power, corruption will continue to thrive.

“I think it's time we get rid of those ones who are in power because they feel entitled, they don't understand the meaning of service. It's not about them, it's about people. They will keep taking this money because they feel 'we fought for freedom therefore these people owe us'.

“We must get rid of everyone who feels entitled, but this will not be handed to us,” she said in a video on Instagram this week.

She added that now was the time to “fight”.

“How dare they insult my hard work like that!” said Kelly.
Lifestyle
2 months ago

“We have been taken for granted for far too long. We have lost everything, friends and family members lost to this pandemic, jobs and businesses lost and yet we are still the ones to continue paying the price.

“What more do we need for us to see that it is not about us, it never was and never will be. Unless we fight to get out country and our freedom back. All the oldies in government must step down!”

Attempts by TshisaLIVE to get further comment from Kelly on her statements were unsuccessful at the time of publishing this story. Any comment will be included once received.

A post shared by The Voice Of Africa (@kellykhumaloza)

Kelly's reaction to the state of governance comes as the nation responds to Ramaphosa's recent announcement to move SA to alert level 4 lockdown amid a surge in Covid-19 infections.

The restrictions prohibit gatherings and ban the sale of alcohol, among other things. The president will review the lockdown in two weeks' time.

Thoriso Tsoloane wrote: “I agree some of us lost jobs; batting with depression every day.”

User Mabu534 said: “I think it's time to get feet on the ground, most countries are doing that”, to which Kelly responded: “I think we should.”