Nokuzola 'Sis Ouma' Mlengana will be buried on Friday, July 18 and a drive-through memorial service held in her honour on Thursday, July 15 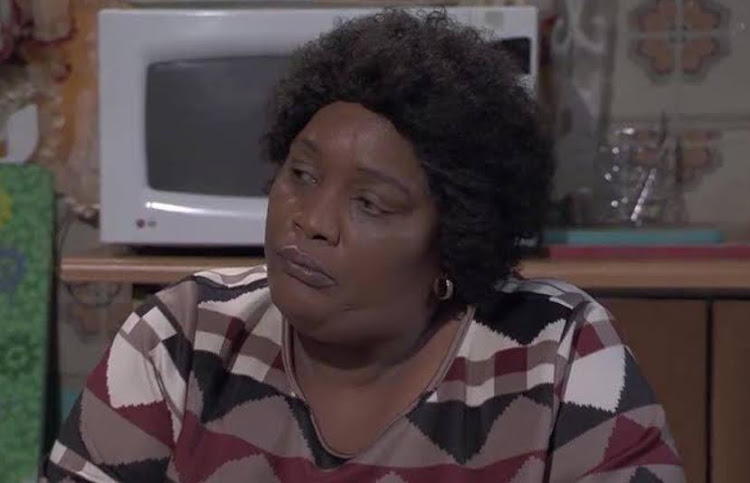 The family of late Skeem Saam actress Nokuzola "Sis Ouma" Mlengana have revealed that the actress succumbed to pneumonia and that she will be laid to rest on Friday, July 18.

Nokuzola, who was popular for her role as "Sis Ouma" on the SABC1 soapie, died on Monday, aged 59.

The actress's eldest daughter Nonzaliseko Toni confirmed that her mother's cause of death was pneumonia.

Skeem Saam publicist Sumaya Mogola told TshisaLIVE that Nokuzola would be taken to her final resting place on Friday but that the family were still finalising the details thereof.

“Details for the funeral are not confirmed yet but it is set for Friday,” she said.

Meanwhile, a drive-through memorial service will be held to celebrate the life of the actress on Thursday, July 15 in Makhanda.

The actress was loved by fans.
Lifestyle
3 weeks ago

Meanwhile Mzansi was devastated when young actor and one of Nokuzola's closest colleagues, Joseph Tshepo Senatle, who plays Koloi on the popular soapie, expressed his heartbreak at losing yet another mentor.

Thabo and Nokuzola's storylines were co-dependent towards the end of Nokuzola's life. The pain of losing her was amplified for Tshepho, as another actor he was closely linked with in the story died.

“Losing someone you work with hurts, from Ntate Ramolao (the first) and now Sis Ouma,” he said.

“The thought that you'll never see someone who's so dear to you ever again in the physical is such a heart-wrenching experience, something you wouldn't wish for the worst of your enemies,” he said.

The actor then sent his condolences to the family of the late actress, ending his post with one of Sis Ouma's famous lines: “Jonga apha Ramolao (look here Ramolao)”.

Losing someone you work with hurts, from Ntate Ramolao (the first) and now Sis Ouma... The thought that you'll never...

Shortly after it had been announced that Sis Ouma had passed on, Tshepo posted a powerful verse from the Bible and then said those were the last words she shared with him.

Tshepo said the last message he received from the actress read:

“Here is your Word for today: Verse: Romans 12:12 ‘Be joyful in hope, patient in affliction, faithful in prayer.’ Hope is a wonderful thing that allows us to rejoice in advance. We can rejoice in the confident hope we have in God. We do face storms in life, but then we must be patient. Keep on praying and live in hope, He will come through for you. Prayer: Lord, help me to be joyful as I live with the hope that You have good things in store for me. May I be patient when I am going through difficult times, knowing that You will be with me and may I never forget to pray. Amen. Have a blessed Tuesday. Kind Regards.'”

“And that was her last words to me,” he said on the post.