Bucy Radebe on her husband's Covid-19 scare: 'I thought that he was gasping his last breath' 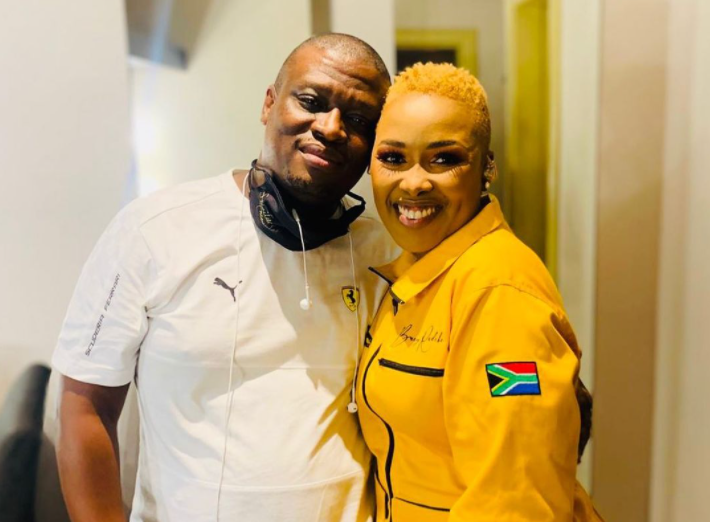 Gospel star Bucy Radebe and her husband Thapelo Thoboke are finally recovering after battling with Covid-19, a health scare the gospel singer says she was sure would leave her a widow.

Taking to Instagram recently, the singer revealed that she and her husband had fought a long battle with the virus and that her husband's respiratory system had been damaged.

“After a long Covid-19 battle, I'm glad to say we both tested negative past week, though hubby’s lungs and respiratory system will take some time to fully recover due to damage left by pneumonia,” she wrote.

SA hit another devastating Covid-19 milestone on Monday night, with more than 70,000 fatalities recorded since the outbreak of the coronavirus in ...
News
1 year ago

Speaking to TshisaLIVE, the singer said that they discovered they had contracted the virus in the first week of June.

“I also started getting worse, I experienced fever, loss of smell, I slept a lot,” she said.

Bucy says her husband started feeling weak after she had left the hospital after undergoing major surgery that resulted in her having to have a blood transfusion. He then had to be hospitalised.

“He had to be hospitalised because his oxygen levels kept dropping ... he kept on getting worse to a point where he was struggling to breath. There were times where I thought that he was gasping his last breath and the only thing I was able to do was to cry to God and pray,” she said.

The singer admits to emotionally breaking down when she went to home to fetch his clothes for his stay in hospital.

“When I saw him get into the Covid-19 ward, I felt like I was seeing him for the last time. It felt like the last goodbye. I could see that he had given up on life, he was ready to go ... during the day he'd be fine, but in the evening he would call me and cry. Even I could tell that he was weak ... even the messages he'd write to me I thought that he was saying his goodbyes ...

“Sometimes I'd even dream of his funeral. I was starting to lose hope. What kept me strong was calling my mom who would give me Bible verses,” she added.

“This thing is real. When it started we thought this thing was a joke and that it doesn't exist but it's real ... it's important that we protect ourselves and protect others.”

Having her husband finally home after he spent nearly two weeks in hospital is a blessing that Bucy says she can't overlook.

“I really want to thank my family and followers for their prayers and messages that they sent through because wouldn't have broke through without them,” she said.