DJ Sbu warns fans about the danger of investing in crypto: 'You may lose your money any time' 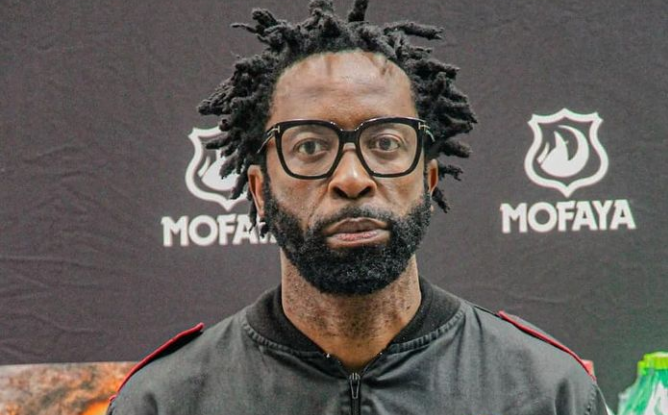 DJ gave fans the 411 on cryptocurrency and what can happen if you invest.
Image: Instagram/ DJ Sbu

Musician DJ Sbu has warned fans about the risks one takes when investing in the latest cryptocurrency.

Bringing some advice for his followers who may be looking into investing their hard-earned cash into digital currencies like cryptocurrency, the DJ told his fellow hustlers that there was risk involved.

DJ Sbu said for those interested in products like bitcoin and ethereum, it's a big risk for a long-term reward. He added that people ought to be careful, as the crypto market is often unstable.

Most importantly, the Lengoma hitmaker said one should be prepared to lose when investing in the digital asset.

After months of silence Richard Rawlins, who faces legal attacks on his professional integrity over cryptocurrency dealings through his family trust, ...
News
10 months ago

“Crypto is for risk takers & long term investors. You may lose money any time. The Market is always volatile. Only invest in Crypto knowing you may lose,” said DJ Sbu.

He also had some advice on how to go about investing, telling fans to do their own research and not just take advice from any Tom, Dick or Harry who claims to know the market.

“Go do your own research. Be informed. Don't take anyone's advice or give them your money. Only reputable platforms,” said DJ Sbu.

WARNING : Crypto is for risk takers & long term investors . You may lose money anytime. The Market is always volatile. Only invest in Crypto knowing you may lose. Go do your own research. Be informed. Don't take anyone's advice or give them your money. Only reputable platforms🚀

When cryptocurrency started to gain popularity back in 2018, Senegalese-American artist Akon jumped on the wave and bid to start his own coin called AKoin in his plans to create a real-life “Wakanda”.

Speaking at the Cannes Lions International Festival of Creativity, Akon said he was planning to develop 800 hectares of land in Senegal, close to the country's new international airport, into a futuristic city run entirely by his new AKoins. The land was gifted to Akon by the president of Senegal.

“I think that blockchain and crypto could be the saviour for Africa in many ways because it brings the power back to the people, and brings the security back into the currency system, and also allows the people to use it in ways where they can advance themselves, and not allow government to do those things that are keeping them down,” he said.

Since then even the likes of rapper Cassper Nyovest have shown interest in the crypto market.

Been researching a lot about crypto and im about to put some money in one. I am not a guru nor am I an expert. I just met someone who broke it down well. I understand the possibilities of what can happen and ima put some money there and see what happens as I learn more about it.