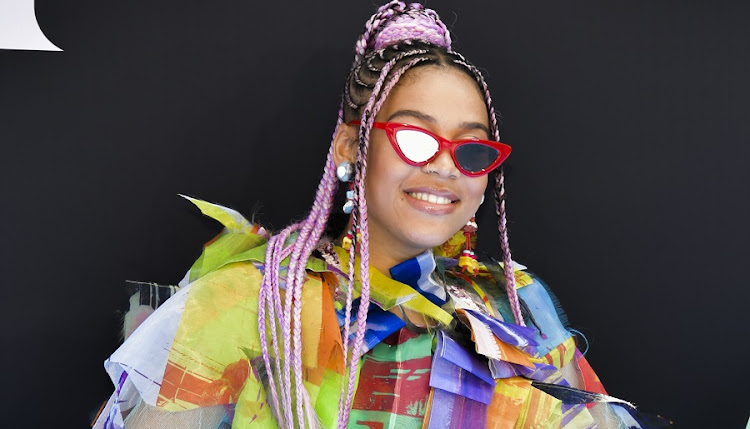 Sho Madjozi was proud to have worked with the legendary Dr Thomas Chauke.
Image: Rodin Eckenroth/WireImage

Musician Sho Madjozi is relishing her success after bagging two awards at the SA Music Awards (Samas) for her traditional Xitsonga album What A Life, thanking musician Dr Thomas Chauke for his work on her album.

After bagging both the Female Artist of The Year and Best Traditional Album awards at the 27th annual Samas, the star has taken to social media to express her gratitude for the support.

Most importantly, she thanked Xitsonga traditional musician Dr Thomas Chauke, (who has earned an honorary doctorate from the University of Venda for his advancements in the language) for collaborating with her on the album to produce something out of her regular gqom and afro hip hop sound.

“We did it! Best Traditional Album at the SAMAs. I have soo much to say but for now, I just want to thank Dr Thomas Chauke without whom this project would not have been what it is. Na khensa hi mbilu ya mina hinkwayu!” the star wrote.

Earlier this year, the star took to social media to thank her followers for supporting her new endeavour into traditional music.

The musician felt overwhelmed with love when she reflected on how her mixtape exceeded her expectations, especially in the wake of her recent SA Music Awards (Samas) nominations.

Posting a video of her performing alongside her girls in xibelani skirts, the star said she took a risk with her mixtape, and didn’t know if her fans were keen on something different to her usual sound.

“I took such a risk making this mixtape. I made music that was for me, for my soul and for the absolute love and respect I have for Xitsonga music. I didn’t know if anyone would even listen or like it but I felt like I needed to do it,” said Sho.

"I suppose the rumours come from the fact that we hang out a lot and I am a big fan of cricket."
Lifestyle
1 year ago