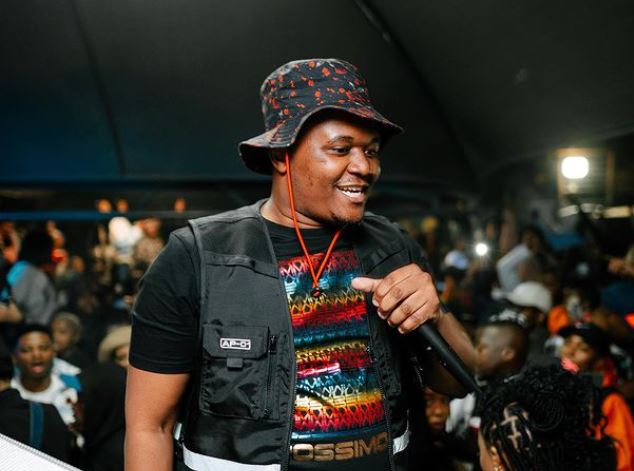 Amapiano star Mpura got a fitting send-off on Tuesday.
Image: Instagram/Mpura Mpura via The world was never ready

The extent to which Mzansi has been left heartbroken by the untimely death of Mpura has been evident in how, hours after his funeral, his family, friends and fans continue to mourn for him. The videos that have populated the TL are testament to the love SA has for the amapiano star.

Mpura died last Saturday in a fatal car crash that claimed six lives including that of musician Killer Kau. Mpura was taken to his final resting place on Tuesday after an emotional funeral service.

Visuals from the funeral have kept the #MpuraFuneral on the top half of the Twitter trends list as fans struggle to get past their collective sadness.

A video of a group of young boys and girls singing/rapping Mpura's verse from his hit song Umsebenzi Wethu, as they chase after the star's funeral procession, has gone viral.

The carefree kids honour their hero by singing happily next to the hearse carrying his casket. And for many who witnessed the seemingly unexpected moment, the video was a testament to how much Mpura meant to the young generation.

This was so sad 💔💔💔Boi must rest in peace #MpuraFuneral pic.twitter.com/veI9YFAjur

Mpura's verse from his Impilo Yase Sandton, where he tells his life story and his desire to gift his mother with “the Sandton life”, has also dominated the TL, as fans admit that the song hits them differently now Mpura is gone.

Rapper Riky Rick broke down on his IG Live after burying Mpura, while listening to Mpura's verse on the song.

Mpura, Killer Kau and four others were killed in a head-on collision in Rustenburg near the Marikana toll gate.

The accident claimed the life of a firefighter as well as the lives of upcoming artists Khanya “The Voice” Hadebe, DJ Thando Tot and TD, who were with the pair in the car.

In a statement to TshisaLIVE, department of transport, roads and community safety spokesperson Boitshoko Moremi shared details of what happened on August 7.

“The department has confirmed the accident that claimed six lives on the N4.

“Our thoughts and prayers are with the families of the deceased and we hope they find strength during this difficult period. An investigation is under way to establish the cause of the accident. We are again appealing to people to adhere to the regulations, as most accidents happen way past curfew time. Work with our law enforcement officials to ensure you arrive alive.”

Lady Du's brief rendition of Umsebenzi Wethu left many people in their feels, as they watched #MpuraFuneral
Lifestyle
1 month ago