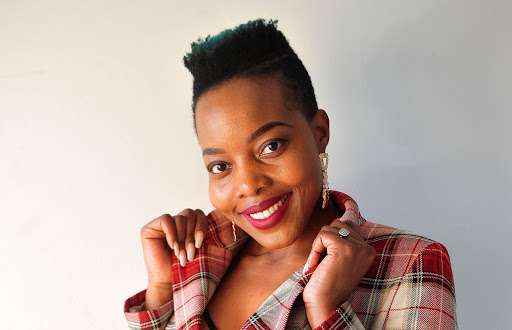 Not willing to allow anyone to dim her light, singer and Jerusalema hitmaker Nomcebo Zikode will soon make an appearance on the American reality show Love & Hip Hop.

The Jerusalema hitmaker shared the news on Instagram, stating how excited she was for the opportunity.

“Guess who’s gonna be on the biggest show of America: VH!'s Love & Hip Hop ... With the producer Mona,” she captioned her snap with the show's producer Mona Scott-Young.

Nomcebo is currently on her international Jerusalema tour. She is set to rock North America next month.

In a video she shared, giving her followers a sneak peek into what happened behind the scenes, Nomcebo is seen strutting her stuff with two of her dancers on set.

In the comments section, Mona thanked the songstress for taking time out to be on the show and said it was her pleasure to meet the Xola hitmaker.

“It was absolutely wonderful spending time with you and again, THANK YOU!” wrote Mona.

While Jerusalema remains one of the biggest songs to ever come out of Mzansi, the politics behind the anthem-like song have hogged headlines in the past few months.

The fights behind the scenes for royalties and profits were exposed when Nomcebo released a statement two months ago saying she hasn't received a cent from the hit song, despite its global success.

Nomcebo alleged that instead of getting paid what's due to her, she was being ridiculed and that her contributions were being “minimised” by the record label.

“Thank you to all the fans of #jerusalema you have made my dreams a reality, with attaining a global hit song. My voice and lyrics have transcended globally, but I still await what is due to me. I have not been paid a cent by the label for #jerusalema despite the song’s global success. I have been ridiculed, with efforts to marginalise my contribution,” Nomcebo said.

Open Mic, the record label at the centre of the feud, hit back at Nomcebo's claims, saying she hasn't received a cent because she's demanding more than what she is owed from the song.

“We can confirm that during the creation of the song that Master KG (the main artist) and Nomcebo Zikode (the featured artist) agreed on sharing 50/50 of Master KG's earnings. The featured artists' agreement, which reflected an equal split between the two artists, was drafted last year November for both parties to sign. Nomcebo Zikode through her legal team reviewed the contract and proposed for a higher percentage. Since then there have been back and forth engagements,” read part of the statement.

The matter between the artists is ongoing.

The record label admits that no payment has been made to Nomcebo Zikode but claims that it's because she's demanding a higher cut than Master KG, who ...
Lifestyle
6 months ago