“What you are doing — being homophobic — is no different with anyone who is xenophobic and racist,” Somizi said in response to the news. 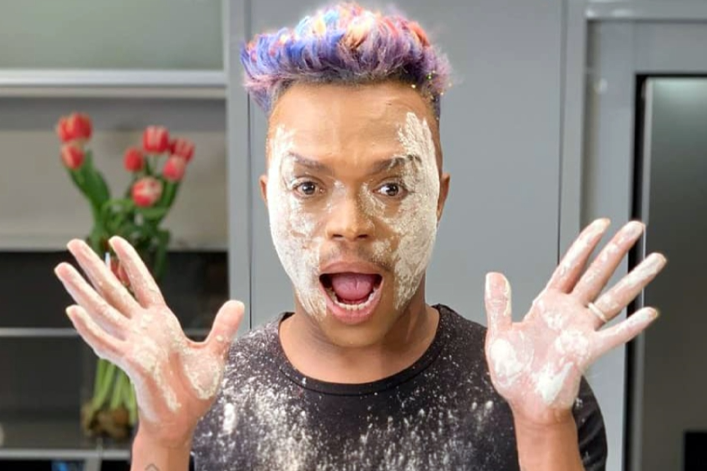 Somizi Mhlongo was supposed to be a guest chef in Zimbabwe but he was blocked because of his sexuality.
Image: INSTAGRAM

Churches in Zimbabwe have mobilised to block SA media personality Somizi Mhlongo from coming to Zimbabwe because of his sexual orientation.

Somizi was expected to come to the country on November 4 as a guest chef for the reopening of a leading restaurant in Zimbabwe.

The Apostolic Christian Council of Zimbabwe wrote a letter to the President’s Office voicing its disapproval and to stop Mhlongo from coming to the country.

“Somizi is a homosexual, hence according to our people’s driven constitution, Zimbabwe doesn’t tolerate homosexuality. It is therefore our question, if we allow Somizi to come to our land, spiritually we would have disturbed a lot, and physically we would have openly accepted homosexuality in Zimbabwe hence affecting our children. This move will also affect our revolutionary party Zanu-PF by disturbing the 5 million votes win needed in the next 2023 harmonised elections for it is publicly known that our party strongly stands against homosexuality,” said the council.

Homosexuality is illegal in Zimbabwe and most of the lesbian, gay, bisexual and transgender (LGBTQI+) community have to conceal their sexual identity. And this group of people remains marginalised.

Somizi goes back to choreography following his exit from 'Idols SA'.
Lifestyle
2 months ago

In the latest developments, Zanu-PF Youth League announced Somizi will no longer visit Zimbabwe for the event. In a statement, Zanu-PF acting deputy secretary for youth affairs Tendai Chirau said he has engaged the restaurant owners to stop the former Idols SA judge's visit.

“The scheduled reopening of Garwe restaurant in Harare is a welcome development in the food industry sector. I have engaged the owner of the outlet, Ms Mandi, expressing our concerns and those by different societal groups over the invitation of one of the highly controversial guest (a declared ngito).  I am glad to announce that the owner took heed of the great concerns and elected to remove the said ngito (gay person) from the guest list and never to associate themselves with the said character again,” Chirau said.

Somizi has since responded on social media. Taking to Instagram with a video, Somizi said he was sad that his visit was cancelled and it showed that there was a long way to go for the LGBTQI+ community in Zimbabwe.

“This is not the first time this has happened to me. I'm OK with it but I'm not OK with it at the same time.

“I will not stop speaking on behalf of the voiceless and on behalf of those who cannot speak for themselves. I will advocate for that and if it means I should die for it, so be it. But it sad, very sad and I hope things get better.

“What you are doing — being homophobic — is no different with anyone who is xenophobic and racist,” Somizi said.