'The Wife' outperforms every Showmax show to break all-time records 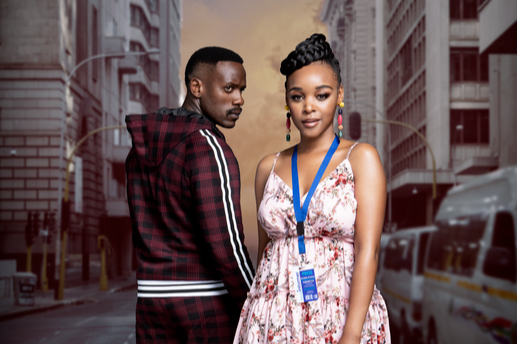 Mzansi has proved its love for the Hlomu book series by helping Showmax’s first telenovela, The Wife, smash all sorts of records at Showmax after it premiered last week.

The Wife broke Uthando Lodumo’s record for the most first-day views of all time on Showmax.

The telenovela also smashed Devilsdorp’s record for the most hours watched within four days of launch, outperforming the launch of any film or series on Showmax, including the likes of Game of Thrones, The Real Housewives of Durban and The River.

Inspired by Dudu Busani-Dube’s best-seller Hlomu The Wife, the 40-episode first season tells the story of a journalist, Hlomu, played by Mbalenhle Mavimbela of Skeem Saam fame, who falls in love with a taxi driver, Mqhele, played by Bonko Khoza, not realising that when you marry a man you marry his secrets.

The Wife topped the Twitter trending charts at its launch, while early reviews are glowing.

Watch the trailer below:

Tweeps were so excited when the show finally premiered that it immediately topped the Twitter trends list and stayed there for days as people binged-watched the first three episodes and shared nothing but rave reviews.

In a Q&A sent to TshisaLIVE last week, Dudu warned viewers that because this is a book-to-TV show adaptation, fans should not expect to see exactly what they read in the book series.

Fans seem to have loved every moment of the show so far.

Reuters reports the company is focusing on developing movies and shows set in its biggest markets of Nigeria, Kenya and SA.
News
7 months ago