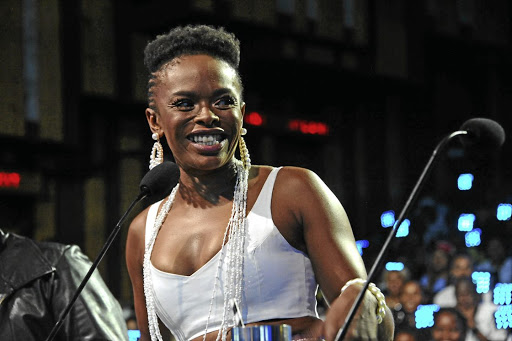 After having left her fans shocked when she was abruptly fired from Kaya 959 earlier this week, the truth behind radio personality Unathi Nkayi's dismissal has emerged.

Kaya issued a statement confirming Unathi's dismissal. It said “certain incidents had occurred, which resulted in the breakdown of trust between the two parties”.

“Nkayi's contract has ended prematurely due to certain conduct that rendered the relationship intolerable going forward. Kaya 959 can confirm that certain incidents had occurred, which resulted in the breakdown of trust between the two parties. The business can further confirm that due process was followed and the decision was therefore made to part ways with Ms Nkayi,” read the statement.

WATCH | Down but not out! Unathi Nkayi focused on music since being fired by Kaya FM

Unathi is yet to say anything about her dismissal at Kaya FM but she's working on new music.
Lifestyle
2 weeks ago

A source told TshisaLIVE that the “certain incidents” cited in the statement referred to Unathi having accused former friend and Kaya Drive host Sizwe Dhlomo of verbal abuse.

A City Press report corroborated the verbal abuse incident. Sources told the publication that a heated argument between Unathi and Sizwe a few weeks ago ignited the chain of events that led to Unathi eventually losing her job. Unathi apparently laid a formal complaint with the station’s HR department, accusing Sizwe of being unprofessional and verbally abusing her after he was late for his show.

As expressed in the statement by Kaya, both parties were called to account and answer to the allegations levelled against them. Sizwe backed up his version of events with audio and screenshots.

“The station would prefer not to be drawn into a debate around the details of what transpired, in the interest of both parties. Save to state that Ms Nkayi’s version of events has been carefully considered and unfortunately found wanting.”

It remains unknown what caused the breakdown of Unathi and Sizwe's friendship, as the pair have been friends for years.

TshisaLIVE reached out to Unathi  and Sizwe for comment but they had not responded at the time of publishing this article. Kaya opted to stick to the initial statement they issued.

However, Sizwe took to Twitter with a brief statement on Sunday.

"I’d just like to state that in the context of GBV in our country & even on the backdrop of Kaya’s history as an organisation, a false abuse claim is not only malicious to those it’s levelled against but it also delegitimises the claims of thousands of victims whose cases fall apart because of lack of evidence. Such an egregious lie is a highly irresponsible thing to do!" wrote Sizwe.

it also delegitimises the claims of thousands of victims whose cases fall apart because of lack of evidence. Such an egregious lie is a highly irresponsible thing to do!

Unathi had been with the station for less than two years and hosted Midday Joy from noon to 3pm. A permanent replacement for Unathi has yet to be announced.

Meanwhile, people on the net have been offering up their own “suitable replacement” options on Twitter. Award-winning radio presenter Andy Maqondwana was mentioned a few times as the right person for the slot.

Former Metro FM radio presenter Pearl Modiadie has also been inundated with tweeps calling her the next Midday Joy presenter.

Here are some of the tweets below:

Wena you are going to @KayaOnAir soon, the Midday Joy Show is waiting for you my dear Pearl 🙏it's a prophecy

Not for long @KayaFM....is just near to your doorstep