Mobi Dixon releases what he calls his best work yet

“This time around in this journey, I'm giving it my all you know this is definitely the best work of my career.” 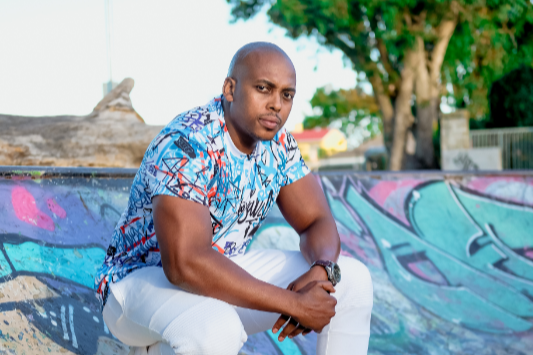 Veteran DJ Mobi Dixon is back with a bang
Image: Supplied/Mobi Dixon

It's quarter to festive season and DJ Mobi Dixon plans to usher Mzansi into 2022 with a bang by offering nothing but the best house music album.

When his name is mentioned your mind probably goes back to his signature classics Love Colour Spin and City Rains that never seem to get old.

On Friday he released his eighth studio album When House Was House. It's been a week since he released the title track, which bears the same title as the album and features vocalist Mariechan & JNR.

Speaking to TshisaLIVE, he said he wanted Mzansi to remember when house music was the be-all and end-all of the music industry.

“I basically wanted to take people back down memory lane, when house was the only thing that mattered and I felt like now people are neglecting house music and forgetting that its actually the foundation of most of the music we consume.

“And also the genres that have been born locally, starting from kwaito right to Amapiano today, started with house music. So I wanted to remind people that first and foremost house music is our bread and butter. I'm basically bringing back those nostalgic sounds highlighting the different sounds that house music has influenced over the years.”

The 14-track album follows the release of his album The Chapel last year.  Mobi Dixon said with this album he has done things different especially the fact that The Chapel didn't fair so well. He has given his all in this body of work he said this new album is his best work yet.

“Normally I drop once every two years. I dropped The Chapel at a very difficult time for the industry and personally I wasn’t really in a good space spiritually and emotionally, I feel like the creativity may have been affected as well and also the drive. You may create something beautiful but if you are not in it and you don’t have the drive to put it out there it affects how people receive it. I felt like I needed to do more than what I did with The Chapel even though its great.”

Mobi, real name Mabi Ntuli, said even though certain singles on the album were doing well he just wasn't feeling it.

“I mean I've got singles like Camagu and Kobanini on the album. It went on to become my most viewed music video on YouTube, it’s on 5-million views, it did well but my heart wasn’t in it, I was not in a good space. So this time around in this journey, I'm giving it my all. You know this is definitely the best work of my career.

“I'm a very experienced producer so I managed to produce a very good album but because I was not in that good space, I was not in a right frame of mind on how I put it out there and how I wanted it to connect to people. It got lost in between and I also feel like my team we could’ve done more to market and get the album out there, but I'm making up for all that with When House Was House.”

EmaXhoseni is a term often used by people who live in provinces like the Western Cape and KwaZulu-Natal to describe the Eastern Cape. Whenever ...
Lifestyle
2 months ago