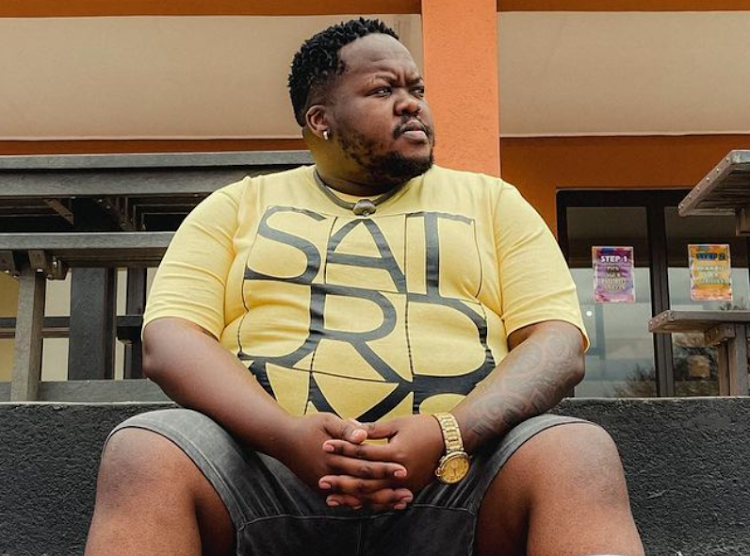 This comes after trolls commented on his pre-order album post, spotting the similarities and accusing him of copying the DJ.

Heavy-K was quick to refute the claims by sharing a conversation between him and Sun El Musician in which he asked about the designer of his album cover, and later reached out to him.

“Ave nithanda (you love) idrama! It’s the same designer who did my album cover & Sun El’s of course the guy has his own signature identity, hence the similarities, but ain’t the identical,” he wrote.

So the designer copied himself? Smart ey https://t.co/PnrVniSfvC

Ave nithanda idrama! It’s the same designer who did my album cover & Sun EL’s of course the guy has his own signature identity hence the similarities but ain’t the identical.

Meanwhile, Heavy-K has had a lot to celebrate after featuring award-winning American singer Ed Sheeran on a remix track titled Shivers, and his upcoming album Respect The Drumboss 2021 (RTD2021), set to be released the day before his birthday on December 3, is highly anticipated by his fans.

Earlier this year, the DJ and producer revealed that though he struggled to cope after his mother's death, he was ready to embark on a new chapter after taking some time off.

“I haven’t been the best version of myself for a while now, actually ever since I’ve lost my mom. Everything around me was moving too fast. I had to take a step back and watch, pay attention to everything, everyone who was around me, read the game from the back seat. But now I’m coming for everything that was meant for me!” he wrote.

Heavy K's new chapter: 'I haven’t been a best version of myself ever since I lost my mom'

Heavy K opens up about struggling to come to terms with his mother's death.
Lifestyle
2 months ago