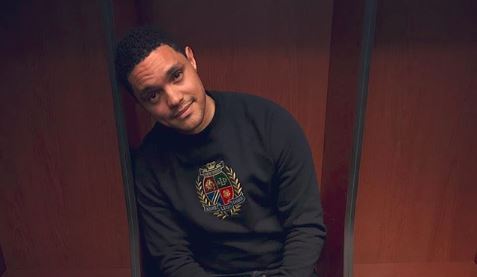 Comedian and host of The Daily Show Trevor Noah has shared a hilarious spoof of MTV Cribs — the oppression edition.

This week the star shared a video clip taken from his 2018 visit to his childhood home in Soweto.

In the clip, Trevor poked fun at some of his favourite features in the house in which he grew up, including a driveway that never saw a car parked in it.

“This is where we used to want to park our cars. We didn’t have any cars but we built driveways because that’s what life is all about; ambition,” he joked.

Trevor also joked about how having an outside toilet meant you were “balling”.

In 2018, Trevor took his camera crew to visit his grandmother Koko in Soweto during his visit to SA.

They chatted about his childhood in Soweto, her life under apartheid and why she doesn’t watch The Daily Show.

When Trevor asked her if she has ever watched his show, Koko said no, citing Eskom’s loads-shedding and not having DStv.

Trevor said he would get her a generator, a fitter for the generator, and something would be done about the cable for her to watch his show.

“I feel like I’ve been tricked into doing a lot of things for you to watch my TV show, Gogo,” he joked.

"We all deserve to achieve our fullest potential no matter where we come from,” said Trevor Noah.
Lifestyle
3 months ago