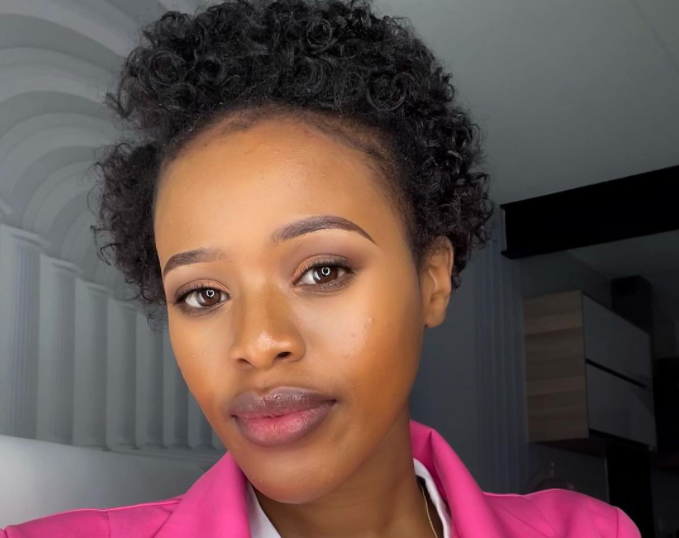 Natasha Thahane has finally cleared the air on claims that she received funds from the Department of Sport, Arts and Culture towards her studies at the New York Film Academy with the help of politician Baleka Mbete.

This comes after her interview on Podcast and Chill with Mac G that went viral caused an uproar on social media when she revealed she “made a call” to former deputy president Baleka asking for her assistance.

“I asked Mam’ Baleka (Mbete) and was like, ‘Mama, I need to go back to school. I’ve been accepted... I don’t know what I’m going to do, can I have funds? Please arrange something for me.’ She managed to speak to (the department) Arts and Culture and they gave me funding..." she said.

Former National Assembly speaker Baleka Mbete on Tuesday told the state capture inquiry shocking details of how she ignored a whistleblower report on ...
Politics
8 months ago

The actress took to social media on Tuesday sharing an official statement in a video where she apologised to former deputy president and the department of Sport, Arts and Culture for alluding to having a personal relationship with them and claimed that her words were taken out of context.

“I did not receive R1 million from Mam Baleka Mbethe or the department of Department of Sport, Arts and Culture,” she said.

Natahsa said she approached the politician for advise about funding options when they were in the same building after she had been accepted by the New York film school.

“She then advised me to explore the Department of Sports and Arts and Culture because they have got funding opportunities. That was my first conversation and my last conversation with her. She did not make any calls on my behalf and did not send any emails on my behalf and I apologise for diluting the entire scenario because I made it seem like I had a personal relationship with her.”

Natasha went on to say that after her funding application was approved by the Department of Sport, Arts and Culture she only received R350 000 for her first semester towards her tuition and got help from a family member for the rest of her tuition.

Listen to the full statement below:

Social media has been up in arms and unimpressed with her official statement.

Take a look at some of the reactions to her post below:

Natasha, you should have asked the honorable chairperson of Lies Mam Baleka Mbete to draft you a statement. You have made things worse. I like you but it's the Telemundo lies I don't like. https://t.co/ejaiRiA4Aw

Natasha's PR team hates her no ways! People are already worried about petrol price and Khumo's mom and they are putting her back to square one. Unless "mam'Baleka" is the one who wants to clean her name 🤔🤔🤔👀

But to be fair, she said the total cost she incurred was roughly a million and more then she noticed that she really needs funding hense the applications. I think she stretched that amount to look rich rich but either way, she alluded to the million coming from her own pocket.

Natasha is contradicting herself and undermining our intelligence 🥴😒 how do you go from calling and asking for funding to bumping into Mam' Baleka in a building🌚 also from getting 1 million to getting 350k and 315k on separate occasions? pic.twitter.com/rY3mmZ7Y6S