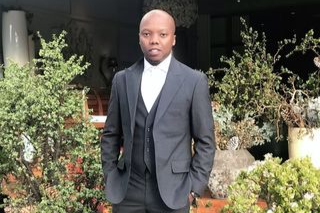 The national broadcaster has denied claims that getting Tbo Touch on one of their stations would cost them a hefty R480k monthly.
Image: Instagram/ T'Bo Touch

The public broadcaster has denied claims that Tbo Touch's take-home salary will be R480,000 for his return to Metro FM almost six years after he left the station.

Two sources reportedly told Sunday World that Tbo Touch was set to return to Metro FM with a monthly pay cheque of R480,000, which the SABC has said is misleading.

In a statement shared with TshisaLIVE, the pubic broadcaster refuted the claims.

“The public broadcaster rejects this deliberate misinformation as it is misleading and factually incorrect. The SABC’s GCEO does not get involved in line-up negotiations, as that is the job of programme managers and business managers. In addition, the SABC does not pay car allowances and other fringe benefits to freelancers.”

"I can assure you that there will be no need for another bailout,” SABC board chair Bongumusa Makhathini told Scopa on Wednesday.
News
4 months ago

The broadcaster said it followed strict guidelines from a regulatory body that dictates its workers' pay grades.

“The SABC’s radio stations are guided by executive committee- approved standardised freelance rates, which would not see anyone earning even half of the amount quoted in the newspaper. Lastly independent contractors do not get involved in soliciting sales and sponsorship, as the SABC does not have a commission scheme that covers individuals outside sales staff.”

Tbo Touch, left the station to kick-start his own digital station, Touch HD. He is rumoured to make a comeback at the  commercial radio station next month.  Since his departure from Metro FM he had remained mum on why he left the station abruptly.

The radio jock and businessman cleared the air when he appeared as a guest on Mac G's Podcast and Chill and revealed that when he resigned he didn't want any hostility and left space for a possibility to return to the station.