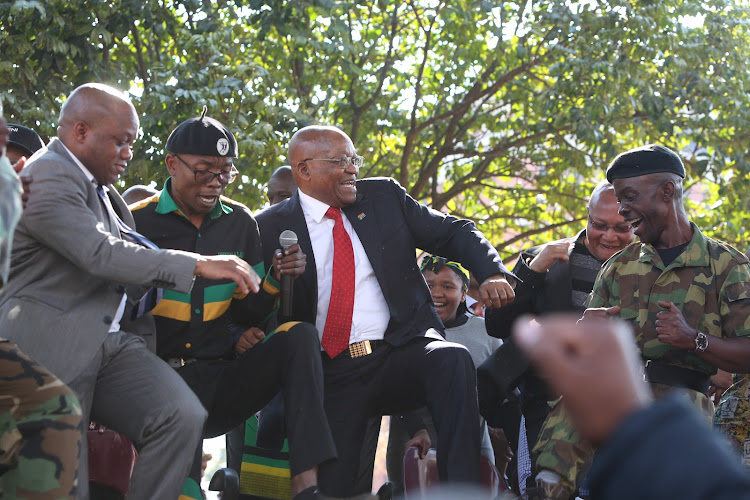 Former president Jacob Zuma’s dance moves have again caused a stir after a video of him breaking it down to uZuma Yi Star went viral.

In a clip shared by dancer sisdiens_rsa on TikTok, Zuma can be seen getting pointers on how to bust a move.

He follows, adding his own flavour, before bursting into laughter.

Lady Du’s popular hit contains a reference to Zuma and his nickname Msholozi, which is repeated during the clip.

The clip was also shared by Zuma’s daughter Duduzile Zuma-Sambudla, who alerted Lady Du to the video.

“Retirement looks good on you. Thank you Mmamodiehi AKA Majaivane for keeping dad dancing,” she said.

Zuma has been dancing his way into some hearts for decades, and last year was recorded dancing to Something New by US rapper Wiz Khalifa.