‘We love Zola. This is not only for him because tomorrow it could be me or another artist’ 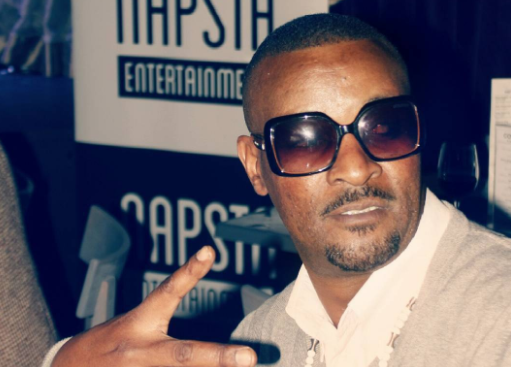 The countdown to the inaugural Strictly Kwaito Legends Festival has started as it is set to make its long awaited return, and Mapaputsi is grateful this year's show is dedicated to his close friend Bonginkosi “Zola 7" Dlamini.

The festival, which was launched in 2016 after the release of the Strictly Kwaito Legends album in 2015, was founded as an economic development project to help strengthen the kwaito sector and had been a great success until it went a long hiatus due to Covid-19.

Sandile Ngwenya, aka Mapaputsi, is part of the star-studded line-up which includes Professor, Spikiri, Doc Shebeleza, Jakarumba and Big Nuz, among others, performing on April 2 at the venue of the official host partner, Bears Palace, in Carolina, Mpumalanga.

Andile Ncube praised Zola 7 for his wisdom.
Lifestyle
2 months ago

Zimbabwean-born artist Rasta will also be part of the event, creating seven exclusive portrait paintings of Zola 7 which will be sold to the highest bidders at the event, starting from R50,000, with the bulk of  proceeds going to the veteran kwaito star.

Mapaputsi spoke to TshisaLIVE about his close relationship with Zola, saying t he was glad to see many things they spoke about come to life.

“Zola has always been a brother to me. We grew up together. Our relationship is so close. It feels good because we started it together,” he said.

Speaking about the growing concerns about his health, Mapaputsi said he felt people blew things out of proportion and should stop speaking about death in people's lives.

“People have that perception of him dying. He's not dying. He's still a strong man. God is the only one who can say when you will leave, no-one else.

Performing his hit songs, poetry and running a poultry business is how he has managed to maintain a livelihood.

Mapaputsi emphasised the importance of supporting musicians in Mzansi.

“We're campaigning this initiative of helping each other. This campaign was started because we wanted to empower ourselves and our music, because kwaito is our sound.”

Mapaputsi saids he has no intentions of retiring from music and hopes to release an album later this year.

“I want to help know the truth about the entertainment industry and for them to know their rights within the space so they don't get exploited. Music is a stepping stone. They will start there and pursue other things because music opens doors.”