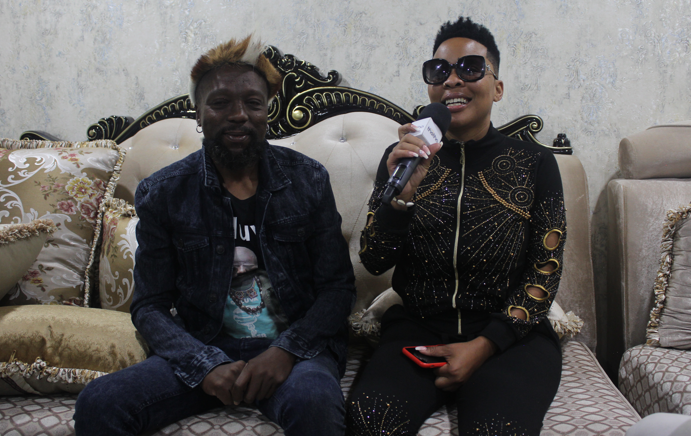 Musician and spokesperson for the department of sports, arts and culture Masechaba Khumalo sang Zola 7's praises as she spoke about his contribution to the arts and communities hroughout his career.

After concernabout Bonginkosi's wellbeing mounted on social media, he received monetary donations from his fans and saw the Strictly Kwaito Legends Festival happen in his honour in Mpumalanga on Saturday.

Masechaba spoke about Zola's great impact in people's lives when she spoke at the press conference at the event.

“I'm so proud to be a part of an event. For once we are giving back to the man who gave to Africa, the father of the nation. I say that with confidence and conviction because Zola has changed and transformed so many lives, and it's our turn to continue his legacy.”

Zola was barely able to stand without a walking stick and struggled to hold back tears during the event.
Lifestyle
1 month ago

Masechaba's words brought Zola 7 to tears and had him expressing his gratitude for the support he's receiving.

“Thank you for dragging me out of my house to come here because I've been in the house for too long. I've been sick for too long,” Zola said.

Masechaba shared a snippet of their moment together on Instagram on Monday.