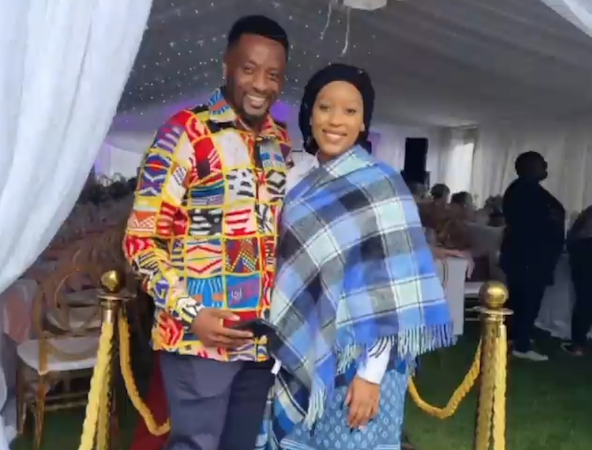 The images of the actress showcase her dressed in matching attire and seemingly at a wedding.

The rumour mill churned out reports that Buhle secretly got married in a private traditional ceremony in the Eastern Cape in late March.

Images from a subsequent event supposedly held at the weekend were splattered on social media as the actress landed on the Twitter trends list once more.

Allegations about her supposed hubby being a gangster continue to spread, but the former Muvhango actress has remained mum on social media and has not addressed the speculation.

Attempts by TshisaLIVE to get comment from Buhle were unsuccessful at the time of publishing this article. An update will be included once received.

People took to their timelines to react to the news. Some shared congratulatory messages. Some men were shattered to hear Buhle is off the market, questioning whether it is real or if the images shared were from a project the actress is working on.

See the images and video below:

A look inside Buhle Samuels and Thando Sonqishe's wedding. pic.twitter.com/sB1d8ewDPy

Buhle Samuels and Thando Sonqishe are having their private wedding and guests were asked to switch off their phones during the proceedings. pic.twitter.com/kNugHScWjj

The actress has been known for maintaining a private life.

Fans are left on the edge about Buhle Samuel's wedding as she remains mum on social media.
Lifestyle
1 month ago