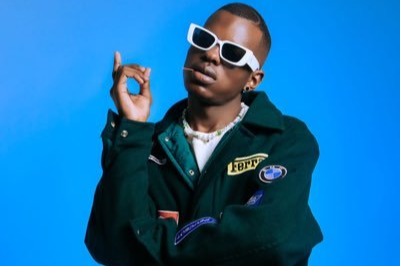 Musa Keys has a global view on music and the right people are starting to notice.
Image: Musa Keys/Twitter

Amapiano star and vocalist Musa Keys has been dominating the TL and Twitter trends lists for all the right reasons, and on Thursday night the young star received applause from Grammy-winning DJ Black Coffee, who said Musa was an undeniable superstar.

Black Coffee took to Twitter to sing the Selema hit maker's praises, calling a him a “top tier superstar”. This as he reshared a video of one of Musa's latest performances that went viral because people saw Musa's star power.

After being tagged in the tweet, Musa expressed his gratitude to Black Coffee.

“Coming from you this means the world to me Grootman. Thank you Bhut' Nathi,” Musa said.

Black Coffee reassured the young star  he was on the right path and encouraged him to keep going.

Tweeps filled Black Coffee's comment section with some tweets expressing their opinion on Musa Keys, while others hinted at how happy they would be if Black Coffee were to collaborate with the “Tsonga Michael Jackson”, as Musa sometimes calls himself.

“He is a force and people are really sleeping on him. I'm happy he is being recognised for the star he really is. Rare talent, unique and very creative. Thank you Grootman,” said one tweet.

“The thing about Musa Keys, he can sing, he can produce songs, he can DJ and he can perform. All those in one package. Stadium status level,” said another tweep.

Here is the video that left Black Coffee and many others compelled to gush about Musa.

KEYS TO THE WORLD🌍 #selema pic.twitter.com/iSb5hho7fV

Musa has been on fire, releasing hit after hit to cement his career in showbiz. He has joined a long list of stars growing the genre in Mzansi.

Speaking to TshisaLIVE, Musa said he is surprised his fans understand his sound.

“I think my sound is weird and unique. It takes a lot. It surprises me sometimes that people understand the music because sometimes there is nothing being said in my music but it's very relatable and heartfelt by my listeners.

“It doesn’t say much but it bangs a lot. It's very straight forward. At the same time I'm a smooth operator, my music is so smooth.”

Musa, real name Musa Makamu, says Keys is an alter ego. Like what Sasha Fierce is to Beyoncé. He said there is a stark difference between what his fans see on stage from what happens behind the scenes in his life.

“Musa Keys is a character I have who is always ready to take over the world, so I know when to be that person. Also, at the end of the day, I feel that person has too much pressure on himself.”

WATCH | It is all love! Fan inked with Black Coffee’s face

Would you get a tattoo of your fav celeb?
Lifestyle
1 month ago