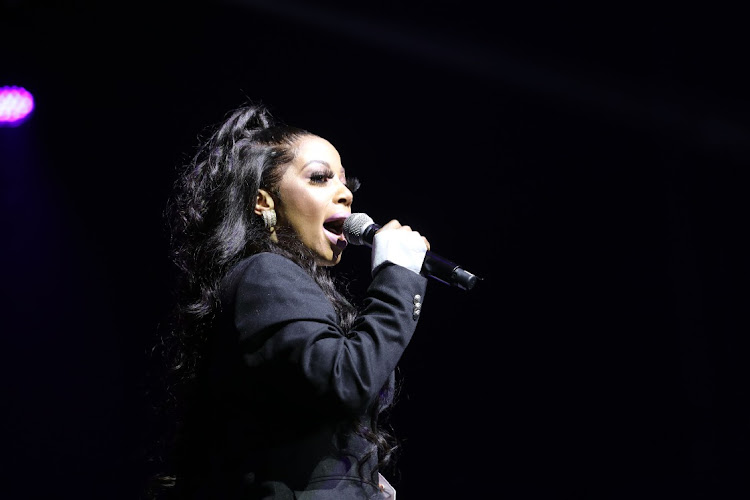 Musician Kelly Khumalo dominated discussions on social media this week after explosive allegations were made about her during the trial into the murder of former Orlando Pirates goalkeeper Senzo Meyiwa.

Defence advocate Malasela Teffo told the high court in Pretoria that an “eyewitness” would testify that Kelly allegedly shot Senzo “by mistake”.

Kelly was dating Senzo at the time of his death and the couple have a daughter, Thingo, together.

Teffo, who represents four of the five men accused of killing Senzo, made the allegations during the cross-examination of the first state witness, Sgt Thabo Mosia, on Wednesday.

He said the revolver used by Kelly was brought to the home of Kelly's mother in Vosloorus by Longwe Twala, son of musician Chicco Twala and former lover of Kelly's sister, Zandile Khumalo.

“I put it to you, Mr Mosia, that the eyewitness will testify that Senzo Robert Meyiwa was allegedly shot by Nonhlanhla Kelly Khumalo by mistake,” Teffo said before asking Mosia if he had a response.

The policeman said he had no comment on the assertions.

The allegations have fuelled calls for Kelly's arrest by those who believe she knows who pulled the trigger that killed Senzo. Others, however, came to her defence, saying she would have been arrested if she was guilty of his murder.

There is a witness that will tell the court that Senzo Meyiwa was shot by Kelly Khumalo by mistake, Ziyakhala-ke manje 💃💃💃#SenzoMeyiwatrial pic.twitter.com/Du0nySD1jP

Kelly Khumalo shooting Senzo Meyiwa with a gun owned by Longwe Twala makes more & more sense by the minute. And it explains why everybody kept quiet, talking would have implicated themselves or their family.
It's the only plausible reason why Kelly ain't talk.#SenzoMeyiwaTrail

I don't think Kelly Khumalo is the 1 killed Senzo Meyiwa...Advocate Teffo's strategy is going on his way, so that all the people who where in the house must crack & tell the TRUTH. 🤞🤞🤞that's my thoughts don't judge me #SenzoMeyiwatrial

Wat is the MOTIVE? Senzo left his wife for her. They just had a baby. No insurance on his life

Kelly Khumalo allegedly is the one that shot Senzo using the gun that was brought by Longwe. 😬#SenzoMeyiwatrial pic.twitter.com/qYiXru4KAO