'When I lost Mpura, I lost everything' — manager picks up the pieces 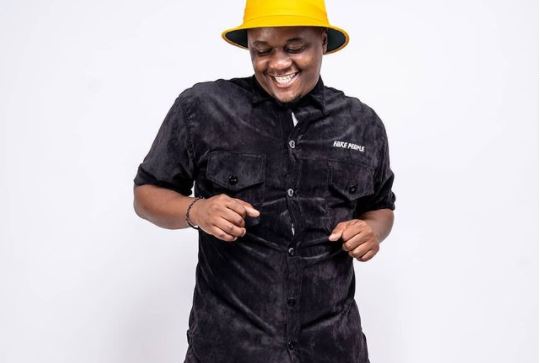 Amapiano star Mpura's manager is picking up the pieces after the star's death.
Image: Instagram/Mpura_Mpura via The world was never ready (Sihle)

The late amapiano musician Mpura's manager Karabo Pappi Forbes says he lost everything when he lost his best friend.

Mpura, real name Mongezi Stuurman, died in a head-on collision on the N4 in Rustenburg in August last year while travelling to a gig.

Taking to Twitter, Karabo opened up about how picking up the pieces after Mpura's death was hard for him.

“When I lost Mpura, I lost everything. My best friend and my job. Starting all over again from the bottom is painful & hard, but I hope sh*t comes together sooner or later.”

He shared an old clip of them laughing while travelling.

When I lost Mpura, I lost everything. My best friend & my job. Starting all over again from the bottom is painful & hard but I hope shit comes together sooner or later.❣️

Mpura came up during the rise and takeover of the amapiano genre, having been part of great collabos that gave Mzansi hits such as Umsebenzi Wethu.

Not only did he style models and dabble in modelling himself, but founded Mpura Designs, a unisex street-style brand.

In 2018, Mongezi made his SA Fashion Week debut, showcasing his autumn/winter 2019 collection.

"His real talent wasn't behind the microphone. It was the ability to help everyone around him realise life was meant for living."
Lifestyle
11 months ago

The sole survivor of the crash, Peloyame Segatle, who was friends with “The Voice”, opened up in March about the accident in an interview on Unpacked with Relebogile Mabotja.

“What hurt me the most was that everybody I was with that night is gone, so nobody can explain what happened and even the person we collided with, he is gone too, may their souls rest in peace. It really hurt that there isn't a single soul on this planet that can tell me what happened that night.”

Don’t think Busta & Vic typhoon will ever forgive us for laughing at them the whole way from venda to Joburg😂 https://t.co/1se4lV2mN7