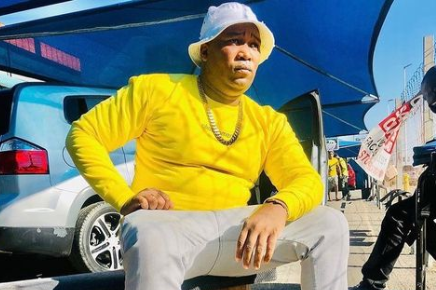 Mzingisi Tshomela, popularly known as Danger is expected to appear in court on 23 August 2022 after his alleged arrest.

This according to Daily Sun that reported on Friday that the member of Kwaito group Big Nuz, was allegedly granted R1000 bail after he was arrested for being in possession of R25 worth of cocaine.

According to the publication, Danger was arrested at Athlone Park in Amanzimyoyi on June, and appeared in court on Friday after being being remanded in custody.

When TshisaLIVE reached out to Danger's group member, Mandla "Mampintsha" Maphumulo who was present at court, for comment the artist refused to comment.

Attempts by TshisaLIVE to get comment from Mzingisi Tshomela were unsuccessful at the time of publishing this article. An update will be included once received.

Warrants of arrest have has been issued for gqom star Babes Wodumo and her lover Mandla "Mampintsha" Maphumulo, after the pair failed to show up at ...
News
2 years ago

Danger and Mampintsha reunited as a music group in 2020 after falling out due to Mampintshsa starting his own record label West Ink and have been working to build the legacy of Big Nuz.

Danger told Sunday Sun that after the pair buried their hatchet, they had to continue where they left off and reintroduce themselves to the public.

“We started this group as brothers. We can't give up like that. Big Nuz represented uMlazi and Kwaito fans. We have to keep the legacy of the group and to respect R Mashesha by continuing with the job even after he passed on.” he said.