Somizi's estranged hubby Mohale gets his own Showmax special to tell all!

“With all the misinformation in the public domain, it is my responsibility to correct any propaganda as I represent not only myself, but those who may have experienced a story similar to mine.” 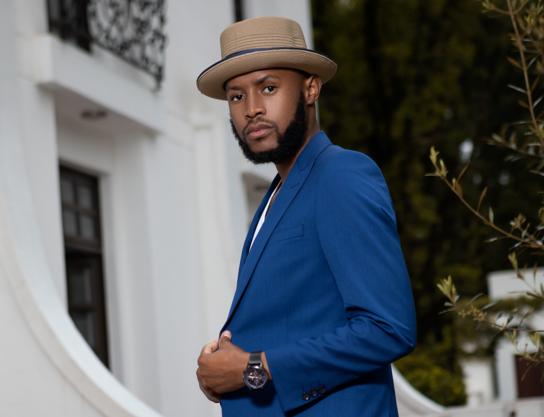 Mohale Motaung says he is finally ready to tell his side of the story.
Image: Supplied.

Mohale Motaung is ready to tell his side of the story in a tell-all interview on his failed marriage to estranged husband Somizi Mhlongo.

The media personality wants to set the record straight once and for all.

The Showmax Original Mohale: On the Record, will be a sit-down interview between Mohale and Aldrin Sampear.

The special will premiere on August 4 2022, first on Showmax, according to a statement sent to TshisaLIVE.

Mohale laughs off rumours he ‘wants’ 50% of Somizi’s estate

Tweeps caught an "L" again for sharing false reports about a media personality.
Lifestyle
1 month ago

Mohale had originally remained mum, after the premier of his estranged husband's reality show Living the Dream With Somizi (LTDWS), which launched its fifth season on May 4 2022.

“A lot has been said about me, both true and untrue,” says Mohale. “I initially had no intentions to publicly speak of the events that have occurred, due to an agreement I had with the other parties involved. But when the agreement was dishonoured by the other party, it became paramount that I tell my truth as I know it.

“With all the misinformation in the public domain, it is my responsibility to correct any propaganda as I represent not only myself, but those that may have experienced a story similar to mine. I would also like people to truly get to know me for who I am, as opposed to who they have assumed me to be,” said Mohale in a statement.

"Last night would be the last night together, literally. I even made fun of you for greeting each and every person, including the kitchen staff," ...
Lifestyle
1 month ago

In the first episode of Somizi's show he addressed Mohale's abuse claims, and certain claims Mohale made about their sex life.

“I was dealing with someone who had issues with sex or I don’t know what you call it. I try to find ways of making it work. The sex life was dead.

“I still stayed, but I said to him, let’s find other ways. Either we could go for sex therapy — he did not want to go because he was in denial that our sex life wasn’t great.”

In August 2021, Sunday World reported that Mohale allegedly made abuse claims against Somizi in an interview with the former producers of Living the Dream with Somizi.

Mohale broke his silence and announced they were getting a divorce and he did not want his private marital issues laid bare in the public domain.

The couple took to social media to confirm their divorce.

“In response to the news circulating pertaining to the material details about issues within my marriage as well as the recent statement by my estranged husband, I wish to confirm that we are in the process of a divorce,” read a statement shared by Mohale.