Netflix ‘Collision’ producer Tarina Patel is captain of her own ship 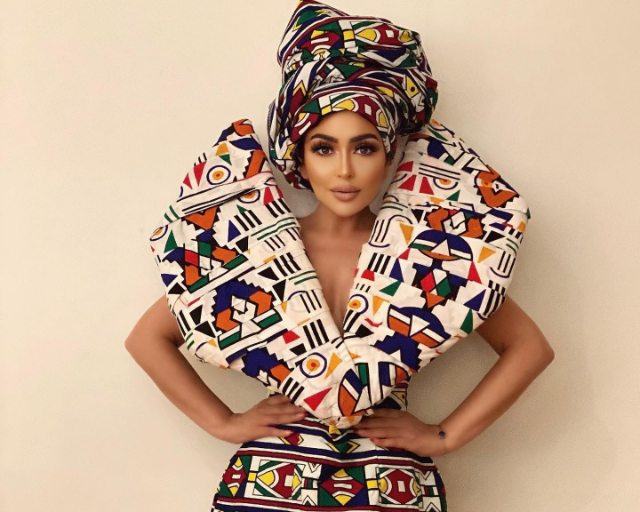 Tarina Patel said the film is testament to the strides she is making in the industry as a producer.
Image: Instagram/ Tarina Patel

Tarina Patel is well on her way to becoming the best producer to come out of the African continent, an evolution of the woman first introduced to the screens as an actress and model.

It might have seemed she disappeared entirely from showbiz, but Tarina has been working hard behind the scenes as a producer, and her passion and energy when describing her latest film, Collision, now streaming on Netflix is telling of how much at ease she is with finding her niche as a storyteller.

"The point of the story is to embrace it as South Africans because we live it. We should no longer hide behind a façade of what we want to project. I think in embracing and being aware, I'm bringing light to reality. I want you to be aware of the realities of our life and being aware is going to stimulate conversation. I want people to talk about the realities we live. I hope in discussing we are institutionalising change.”

The film is not Tarina's first try at producing. She Mandela's Gun a few years ago, but it is the recent film and the leaps it is making that made her realise her vision.

“I'm a producer now. I'm on my way to becoming a really strong, powerful producer. This film is testimony of that. what I have achieved with this film nobody has achieved. It has been released in 192 countries and nothing we have made in SA has made it to number three in the world. This is an absolute first because the stuff being made here is only seen in SA or Africa, Nobody's film is going all the way out there and having the kind of impact and rave reviews and audiences my film is enjoying.

"The kinds of films I am telling are stories that are important, stories that need to be told. It is so easy to make fluffy, frivolous stories and people will watch that and enjoy that but if you know what kind of person I am and understand the kind of mindset and mentality I have, the story would make sense because I've always taken accountability and responsibility for being a star. While you enjoy the celebrity status there has to be more to it."

Tarina says the film is getting top ratings because of its timing.

“There's never a good or bad time to tell an important story. An important story must be told and people will respond to a quality product.  I could've put this story out a year ago and I think it would've had great relevance and would've created the magic it is creatin . I could have this film released in two years and it will still have great relevance because it is an important and well told story. The reality is that the issues we've talked about, that we've embraced in this film, are prevalent today  and were prevalent a year ago. I hope they have less and less prevalence because I hope it changes. It's not about timing that the film works, it's about telling an important story."