WATCH | ‘I’m back, no more depression’ — Mlindo the Vocalist 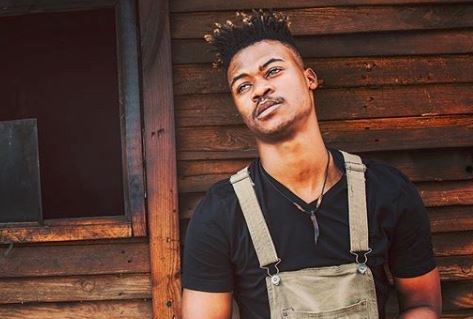 Mlindo thanked Sjava, who constantly checked on him while he was going through a difficult time.
Image: Instagram/Mlindo

Musician Mlindo the Vocalist took to his Instagram on Thursday night to share that he would drop a new album.

On the album Lindokuhle, he said he featured Sjava, Ami Faku, Mthunzi and Ishmael Morabe.

Before his fans could listen to a taste of the music on his Instagram live, the star opened up about things that have been weighing heavily on him.

“The reason I've not been doing any Instagram Lives is because of you guys. I couldn't even post a picture without you guys asking me where is the album. That is really not nice. I'm asking that you don't do that to someone else. It brings depression because it's not like I didn't want to give you music. I've been working on it but there's been ups and down on my side."

Mlindo was booked and busy this past weekend, with gigs all over the country including Middelburg, Soweto and Bloemfontein.
Lifestyle
1 year ago

He thanked his fans for everything they have done for him and the support for his album Emakhaya.

“It hasn't been nice for me for a long time. You'll remember I've had a lot of accidents and I didn't speak to anyone. It took a lot from me. I I hope with this new music you are going to support it like you've done before. I've been working on these songs for a long time and they are finally ready. I wish you guys can support me. I'm very sorry for being away for this long.”

He revealed he was working with DJ Maphorisa and they are not beefing, as rumours might have it. He said he reached out and apologised and DJ Maphorisa took him back

Watch the full video below :

In a lengthy Facebook post in January, DJ Maphorisa alleged Mlindo double-crossed him with his road manager Nyiko.

“It’s so crazy how people will backstab you. Mlindo the Vocalist came to Jozi. He didn’t know anyone and I had to get him a road manager. Cool. I asked Nyiko to help Mlindo. At that time Nyiko was super broke but a cool, hard-working guy so I gave him a chance, not knowing the devil.

“To cut the story short, after two years I hear Nyiko is Mlindo’s manger. They cut off my percentage. He promoted himself. I said I will let them be even though I could take him back. I left them to do their thing,” he said.