WATCH | Malema wows crowd in Ibiza with his DJing skills 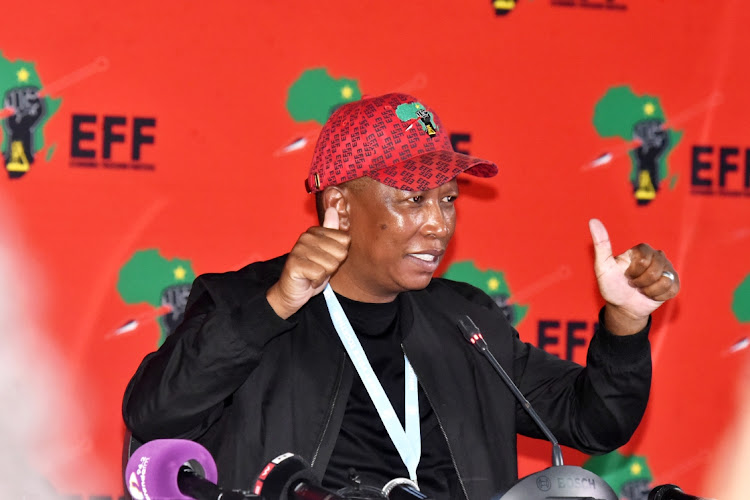 It seems EFF leader Julius Malema has taken his DJing skills international after a video of him behind the decks went viral on social media.

In the video, Malema is seen behind the decks, DJing while a crowd dances to the music.

According to reports, Malema displayed his skills in Ibiza, Spain, at the wedding celebration of alleged cigarette smuggler Adriano Mazzotti’s daughter.

News24 reported that Mazzotti, through his lawyer Nicqui Galaktiou confirmed that Malema and his wife Mantoa were invited to the wedding on the party island.

The EFF said Malema paid for himself and his wife to attend the lavish wedding ceremony.

Watch the video below

During his trip to sunny Ibiza, Malema has been living his best life and partying it up with Amapiano DJs, Major League.

In one video clip, Malema and a group of men can be seen taking shots of alcohol with a number of bottles on the table.

The red beret leader doesn’t appear to be stressed about a thing as he smiles for the camera, holding up his glass. He also shared a picture with his wife dressed in white.

The images of Malema living it up drew mixed reactions from social media users.

Some questioned why he was on holiday in Europe instead of being at work like other politicians, while others gave him the thumbs up for enjoying life.

Cold weather for who? Malema is living it up in sunny Spain

EFF leader Julius Malema is living his best life and partying it up in Ibiza, Spain, with Amapiano DJs, Major League.
Lifestyle
1 month ago