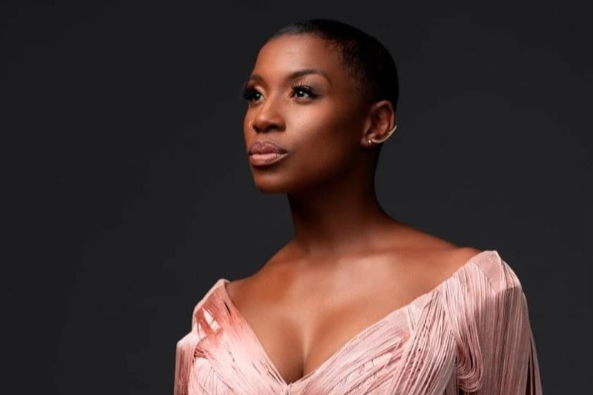 The life of thespian Busisiwe Lurayi will be commemorated on Tuesday at The Market Theatre, Johannesburg.

Busi's family has thanked her fans for the kind words, love and support they've showed them at the time of their grief.

The memorial service details of the actress were shared with TshisaLIVE by her aunt Sonti Lurayi on Monday.

The star's lifeless body was found by her father Freddie Mokoena on Sunday night and after paramedics were summoned, she was declared dead at 11.15pm.

The family said in a statement shared with TshisaLIVE they were shocked by her sudden death and, “other than signs of flu, there were no indicators of serious health problems”.

The Mokoena and the Lurayi family said it appeared the star was packing for an upcoming trip. 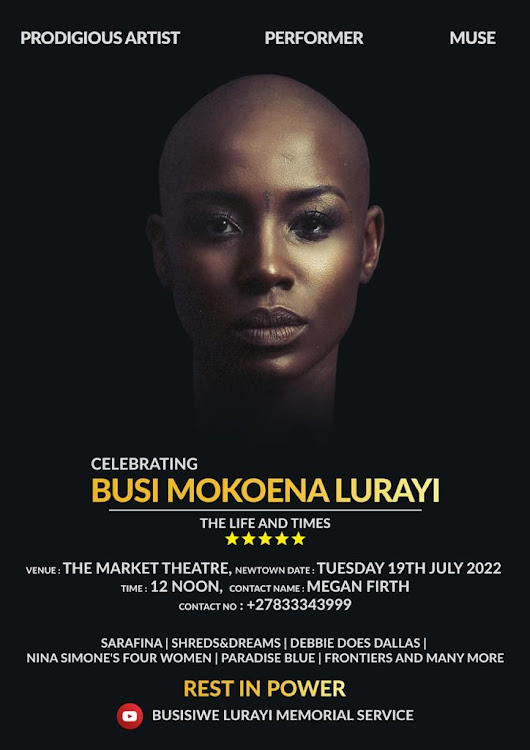 The late actress's friends, family an fellow thespians will comemorate her life at the Market Theatre.
Image: Supplied

“No cause of death has been identified yet, but we are awaiting autopsy results and more information will be released at a later time.”

Speaking to Dan Moyane on eNCA, Busi's father said the actress would be buried on Wednesday.

The family said they had a bittersweet experience when they saw the nomination online .

“We really have mixed emotions. However, we do understand that the show must go on. We are joyful which would've been a norm whenever she was nominated. Then we would have had a proper celebration. We are in limbo in terms of how are we going to do that now. So the timing wasn't perfect, but it's not our time. So a part of us are expectant about it while a part of us are quite saddened by the timing and not knowing what to do in terms of the celebration part,” Busi’s aunt Sonti Lurayi told TshisaLIVE.