'Is this a joke or o serious?'- Cassper hopes DJ Cleo wants to fight him in the ring 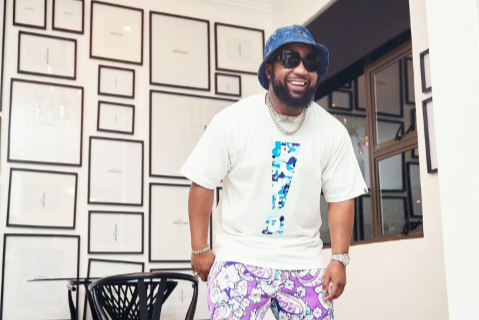 Cassper Nyovest told DJ Cleo he is never one to back down from a challenge in a boxing ring.

He is once again causing a stir on Twitter with his boxing match offers.

DJ Cleo took to his Twitter line on Tuesday to reply to a fan who asked if he was OK after facing the rapper on the football pitch. “I might just have to equalise in the boxing ring,” he replied

Nyovest responded to ask if the “Grootman” was serious about the challenge.

“He he ... Grootman what are you saying? You know I don't back down from being called out in a boxing fight. Is this a joke or are you serious?”

This is the second boxing match possibility after Celeb City. Last week Priddy Ugly challenged him.

“Ek se Abhuti Billiato, I was never scared. You hit my line & called me up about a fight & I gladly said yes. I didn’t hesitate, I didn’t stutter. If you 'Iron Mike' [are] for real, you can’t be fighting people who can’t fight. Seems to me like you [are] the scared one. You got my number,” he tweeted.

Hehe... Grootman what are you saying. You know I don't back down from being called out in a boxing fight. Is this a joke or o serious ? https://t.co/6QdzNHvAJH

Replying to Priddy Ugly, Cassper said it's going to be on like donkey kong and he was not afraid to take him on.

“I called cause I am man of my word. You once tweeted saying you want to get in the ring with me cause everyone was ducking. Size wise, I'm way bigger than you, skill wise I am way more experienced than you. You easy money for me, but if you really sure you want to do this, let's rock!

A few days ago Cassper revealed that the rematch between him and NaakMusiQ didn't seem like it would materialise.

“I want that fight, but it doesn't sound like it is going to happen. There are a few people who jumped out earlier, so I'll take them maybe. I'll fight anyone who wants to fight me who has a following. I just want to put on a show. That's all,” Cassper replied.