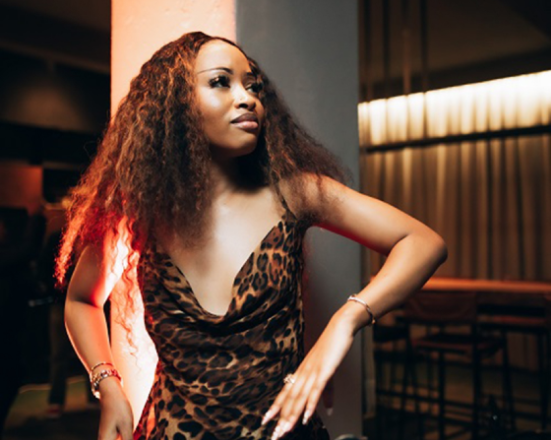 Uncle Waffles is beaming with pride after getting a co-sign from former Manchester United midfielder Jesse Lingard.

The DJ reacted to her management, Kreative Kornerr, sharing a screenshot of the soccer star claiming he wants the amapiano star at his birthday party after her performance in Amsterdam recently.

“This comes after she shared a video of herself playing an electrifying set in Amsterdam ... A big kk congratulations to uncle waffles for all her Ws!” wrote the statement on Kreative Kornerr’s Twitter page.

Uncle Waffles is on her European Summer Tour and has eight more destinations to go before wrapping it up.

Uncle Waffles had many convinced she had grabbed the attention of international stars after Drake followed her on Instagram and tagged her on his Instagram stories.

Speaking to TshisaLIVE, Thato Tlhankana, popularly know as Kai, from Kreative Korner refused to confirm the validity of the rate card.

“I don’t think we need to clarify anything. Personally, I don’t want to say anything about that,” he said.

“I can’t say anything around the rate card. It’s based on a booking. If you are making a booking you’ll know what the rate is.”

Drake paid Uncle Waffles a compliment by calling her a "top DJ with a top sound".
Lifestyle
4 months ago