REVIEW | The 2019 Porsche Macan is an attractive and attainable prospect 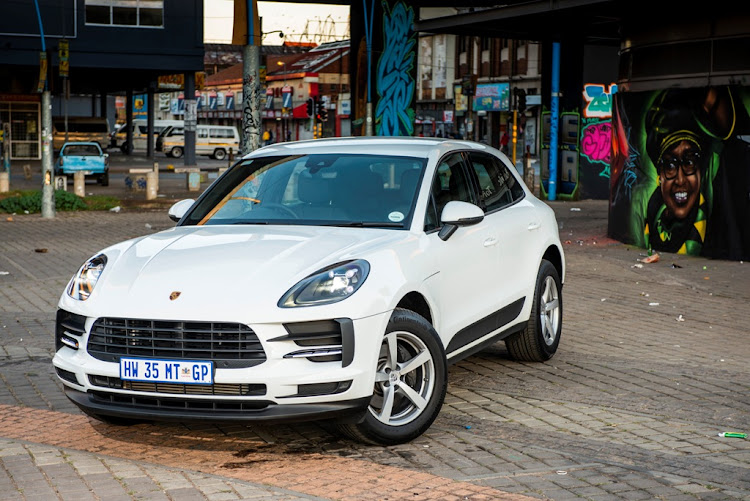 A cheap Porsche sport utility vehicle? There is no such thing. But what if we framed the subject as an attainable and relatively well-priced entrée into the exclusive brand? Now that is entirely within the realm of possibility.

Before we continue, I would like to propose that we South Africans have no qualms about spending more than we should on our cars. Take the  Volkswagen Golf.  This is a bemusing case study in which the pricier, faster GTI and R models outsell the cheaper, regular derivatives.

These versions demand a minimum outlay of R565,800 and R676,500 respectively — and watch that go swiftly north once you start playing with the options' lists. Yet both are a common sight in the city, suburbs and townships, playing a distinctive tune that has become a well-loved onomatopoeia for all: vrr-pha!

Of course, it is not our job to tell you how to spend your money. We are merely impartial chroniclers of what is hot and what is not on the local motoring landscape. A figure of R862,000 is substantial for most, any way you cut it. That is the basic price of the 2019 Porsche Macan, with a three-year Driveplan maintenance contract. 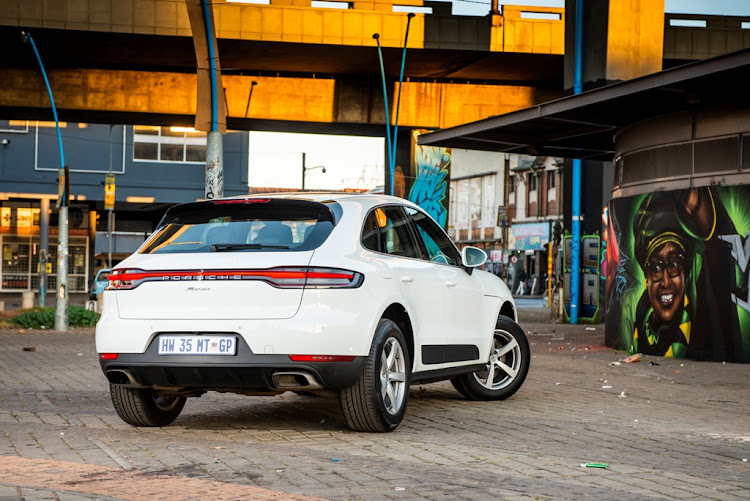 The 2019 Porsche Macan now sports a light bar at the back.
Image: Waldo Swiegers

Then you consider that this number is well within the ballpark of certain derivatives of the Audi Q5, BMW X3, Mercedes-Benz GLC-Class, Lexus NX and Alfa Romeo Stelvio. And that makes a compelling case for the product with an emblem featuring a rearing horse. With that in mind, suddenly, the prospect of having a set of car keys bearing the famed crest seems ... realistic, sort of.

The Macan was launched on our shores in 2014. In March this year the upgraded model landed in the country and last week we spent five days with the newcomer, its least expensive specification. Slotting below the Cayenne on the hierarchy, the Macan was the best-selling model for the manufacturer worldwide in 2018.

Yes, we may always regard the 911 as the archetypal Porsche, but if we use sales volumes as our metric, then this compact SUV is truly at the frontline.

In typical fashion, the aesthetic enhancements of the exterior are subtle and evolutionary in execution. Our metallic white test unit managed to hold its own well when appointed to handling matric dance chauffeur duties, looking tasteful and self-assured alongside a McLaren MP4-12C and Ford Mustang 5.0 coupé.

On a short coffee outing, my colleague, Ziphorah Masethe from Ignition TV, remarked that the Macan sounded a bit like a Volkswagen Golf R from her spot in the passenger seat. Like a Golf R that went for voice coaching perhaps, with the belches on upshift being of a far crisper timbre in this case. Indeed, no coincidence: did you know this Macan employs the same EA888-series engine unit found in many offerings from the Volkswagen Group? 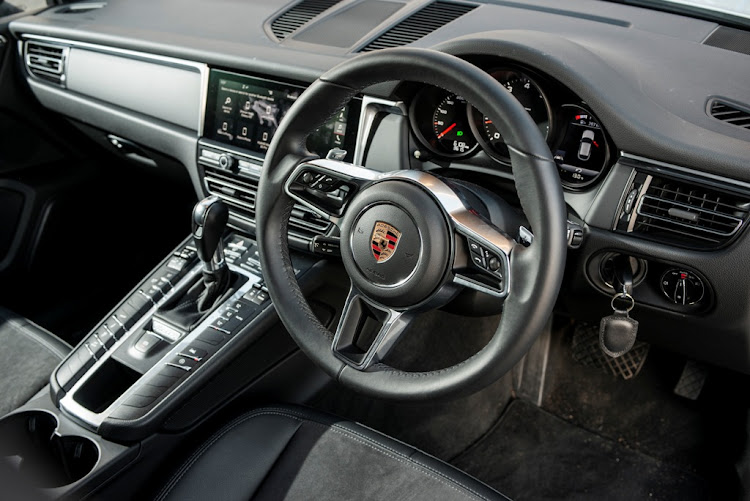 The cabin of the 2019 Porsche Macan is still one of the best in its class.
Image: Waldo Swiegers

In this application, the 1,984cc, turbocharged, four-cylinder mill is good for 185kW and 370Nm of torque. It will dispatch the 0-100km/h sprint in 6.7 seconds. Yes, this Macan is not lightning-quick, but the consensus among the team was that it is expedient enough for all the general requirements the average driver would have.

The transmission is of the dual-clutch variety (PDK in Porsche parlance), with seven forward gears, operating with the slickness we have come to expect. As for consumption, the average figure registered by our tester was 11.4l/100km, over the 6,095km it had covered since new. Porsche claims a figure of 8.9l/ 100km.

Criticisms? The interior could be described as basic, bland even. But no gripes can be levelled at the outstanding quality with which everything is screwed together. From the satisfying clicks of the switchgear on the centre console to the tight panel gaps and plush surfaces — even extending to parts of the cabin which you are not likely to touch, ever.

That R862,000 is obviously going to inflate once you start ticking boxes on the order form. But if you approach the exercise judiciously, you could get away with a new Porsche for under a million bucks.

Ford said it continues to work with a supplier to be able to offer an alarm system that can be retrofitted as an accessory.
Lifestyle
2 years ago