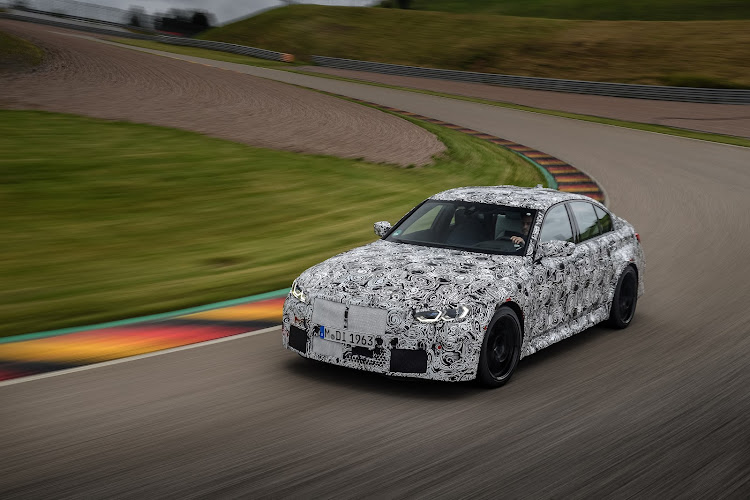 The finishing touches are being put on the new BMW M3 before its September reveal.
Image: SUPPLIED

BMW M knows a thing or two about making sports coupes and sedans and over the past 34 years the company established the M3, and later the M4, as the quintessential choice of dynamic driving prowess in the niche that has entertained the world’s fans of the sport coupe and sedan.

With significant development in the areas of suspension and braking technology, the latest versions promise not to disappoint and BMW M has announced that it’s currently ironing out some of the rougher edges of the new BMW M3 and M4 pair on roads and racetracks in preparation of their world debut in mid-September 2020.

The company says the two cars will premier heightened agility, outstanding dynamics and precision in controlled handling even in extreme sporting situations.

“The balance between superior performance and unrestricted everyday suitability so typical of an M attains a new level,” says Markus Flasch, head of BMW’s M division.

With a 353kW and 650Nm twin-turbocharged six-cylinder inline 3.0l engine confirmed for new pair, they will also be offered in maximum 375kW/650Nm Competition form mated either to a six-speed manual gearbox or adjustable eight-speed M Steptronic transmission.

BMW also says the BMW M3 Sedan and M4 Coupés' preliminary fuel consumption cycles are 10.9l/100km for the models fitted with clutch and 10.5l/100km for the autos. 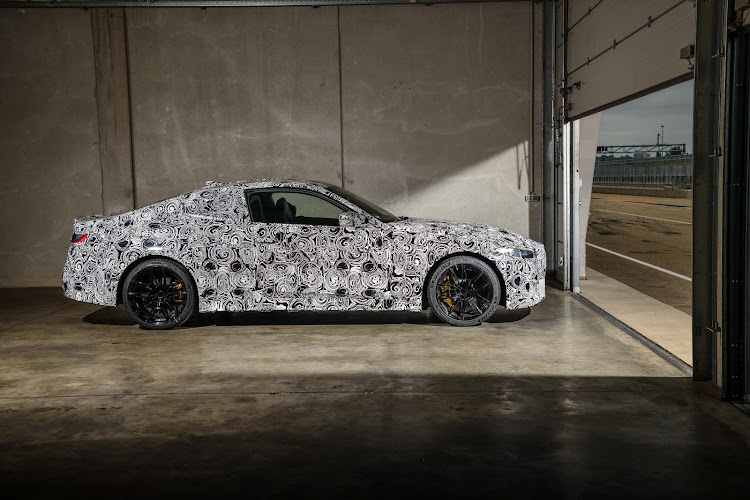 The four-door M3 and two-door M4 (pictured) will both offer up to 375kW/650Nm of road-rippling performance.
Image: SUPPLIED

The models will initially arrive in rear-wheel drive configuration and later be joined by variants featuring the latest, most compact version of the firm’s M xDrive all-wheel drive system that allows drivers to deploy that massive torque in safe four-wheel or drifting rear-wheel drive.

Enthusiasts are also waiting to see how the large-and-in charge 4 Series grille will pan out in M4 guise.

BMW SA says the final date of arrival on these shores is unconfirmed but indications say fourth quarter of 2020. SA will get the M3 Competition and its M4 cousin exclusively in eight-speed auto configuration and rear-wheel drive. No date has been set for when the M xDrive models will come to market.