Mercedes one-two as F1 gets back on track in Austria

Formula One got back on track in changed circumstances on Friday but with Mercedes bringing a familiar look to the timing sheets as six-time world champion Lewis Hamilton led team mate Valtteri Bottas one-two in Austrian Grand Prix free practice.

The Briton did 41 laps and lapped with a best time of one minute 04.816 seconds in a damp and overcast session, 0.356 faster than the Finn.

Red Bull's Max Verstappen, winner of the last two races at his team's home track, was third fastest and 0.602 off Hamilton's pace.

McLaren's Carlos Sainz, who is heading to Ferrari at the end of the season, was first on track and finished the session fourth.

Ferrari, who have recognised problems with their car but have to wait for updates, had Charles Leclerc 10th and Sebastian Vettel, celebrating his 33rd birthday, 12th.

Sunday's race, the first of two in Austria on successive weekends, will be the latest start to a championship after the Covid-19 pandemic forced the cancellation of the scheduled Australian opener on March 15 before a wheel had turned.

Friday marked the first time all the drivers had been on track together since the end of preseason testing in Barcelona last February.

The last time any of them raced was in Abu Dhabi in December last year. 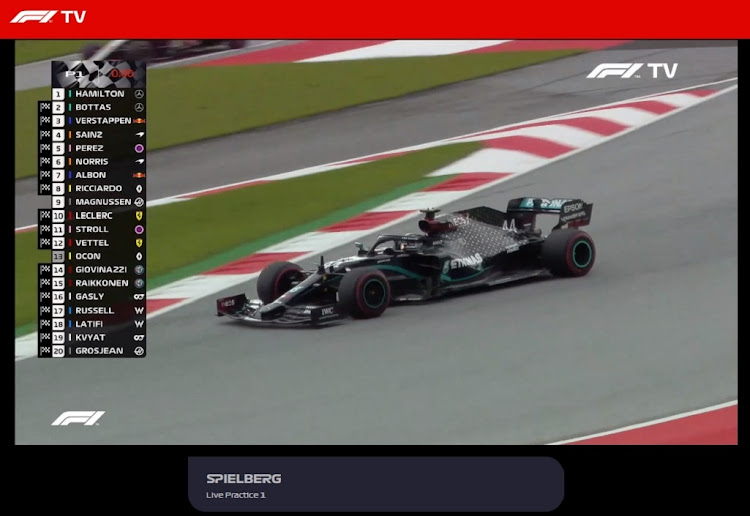 Semiconductor maker Nvidia Corp said on Tuesday it struck a deal with Germany's Daimler Mercedes-Benz to provide cars produced from 2024 with a chip ...
Lifestyle
1 year ago