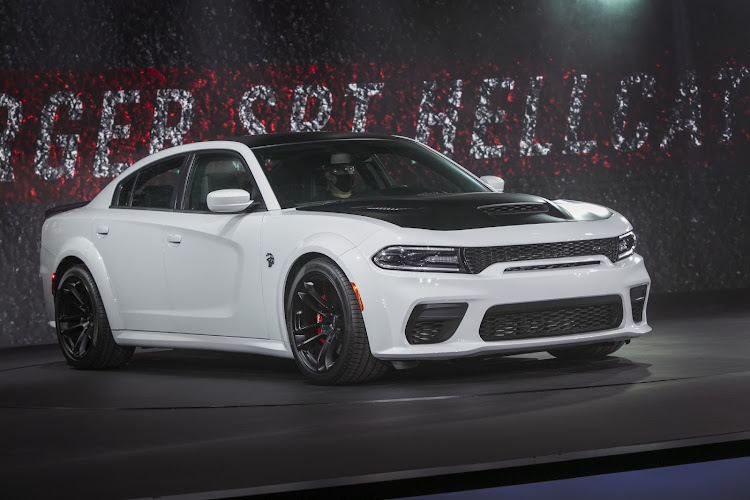 Line Lock engages the front brakes to hold the Charger stationary while you fry the rear tyres for heating up or plain hooliganism.
Image: Supplied

The Dodge Challenger SRT Hellcat Redeye has been unleashed as the world's most powerful saloon. With outputs of 594kW and 959Nm it's the world's most muscular mass-produced four-door, and also the fastest, with a 327km/h top speed.

The Challenger is powered by the latest supercharged 6.2-litre V8 Hemi engine that has also served in the two-door Dodge Charger coupe Hellcat and Jeep Grand Cherokee Trackhawk.

In 2017 the motor in the Charger coupe received upgrades which spiked the venom levels to 603kW and 1,044 Nm when laced with 100 octane fuel to create a limited edition called the SRT Demon. By then the Challenger sedan had been knocked off its perch by a bevy of faster contenders from Bentley and Alpina.

Now the Challenger reclaims its crown in new SRT Hellcat Redeye guise, and boosting it to 594kW and 959Nm involved fitting a larger-capacity supercharger, and strengthened connecting rods and pistons among other tweaks.

There’s also adaptive damping Bilstein suspension with drive modes that include Auto, Sport and Track. Six-piston Brembo brakes do the stopping and the car features a Launch Control programme.

More fun can be had with the standard fitment of Line Lock, which engages the front brakes to hold the Charger stationary while you fry the rear tyres for heating up or plain hooliganism. 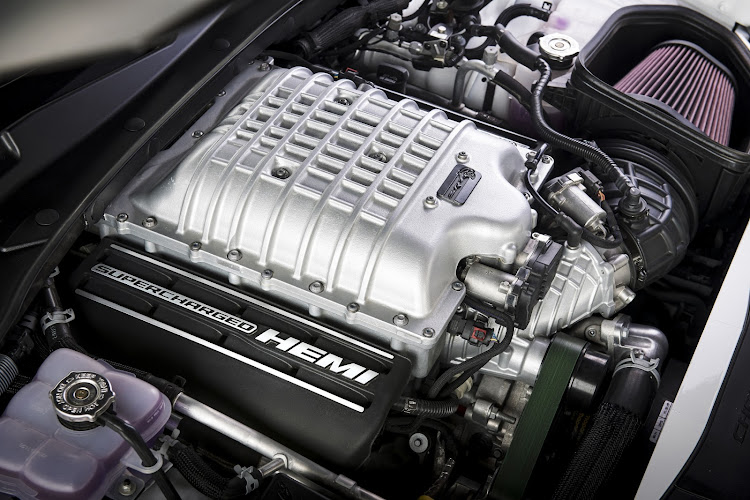 The source of all the fuss is a 6.2-litre supercharged Hemi V8 with outputs of 594kW and 959Nm/
Image: Supplied

Though rated with a fuel consumption of 9.3l/100km, Dodge says at full throttle the Dodge SRT Hellcat Redeye consumes 5.4l/min, enough to empty the fuel tank in less than 11 minutes.

Dodge products are no longer on sale in SA and thus the fastest saloon remains a US-only unicorn.