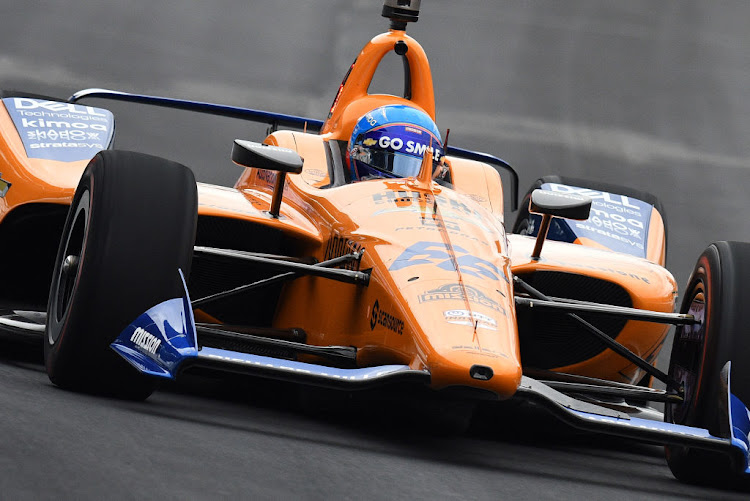 Fernando Alonso of McLaren Racing Chevrolet during a practice session for the 103rd Indianapolis 500 in May 2019. He is set to return to the Indy 500 this year before rejoining Formula One.
Image: Michael Allio/Icon Sportswire via Getty Images

The Indianapolis 500 - and the possibility of taking the Triple Crown of Motorsport - remains Fernando Alonso's top priority for this year, despite securing a Formula One comeback with Renault for 2021.

The Spaniard is a double F1 world champion and Monaco Grand Prix winner, as well as a two-time Le Mans 24 Hours endurance champion.

Victory at Indianapolis next month would make him only the second driver, after the late Briton Graham Hill, to complete the Triple Crown.

Alonso led Indianapolis for 27 laps on his 2017 debut before his car's engine expired, and failed to qualify in 2019. He will line up for Arrow McLaren SP in a race rescheduled from May 24 to August 23 due to the Covid-19 pandemic.

Age is not the issue, says returning Alonso

"This year is the highest priority - I only have that race," he told reporters on Wednesday in a video conference when asked about Indianapolis and the triple after Renault announced his return to F1.

"Obviously it's a very special race and it's going to be even more special this year because of the lack of preparation. Normally you go there to test; this year there is nothing. I am really having issues even to travel to the US for August.